Hospitals produce an average of 29 pounds of waste per patient stay. Health care’s complex waste stream is also expensive, with regulated medical waste costing 10 times as much as solid waste. The medical center is committed to first preventing waste upstream and managing it appropriately through landfill diversion, recycling, composting and ensuring items end up in the correct waste stream. 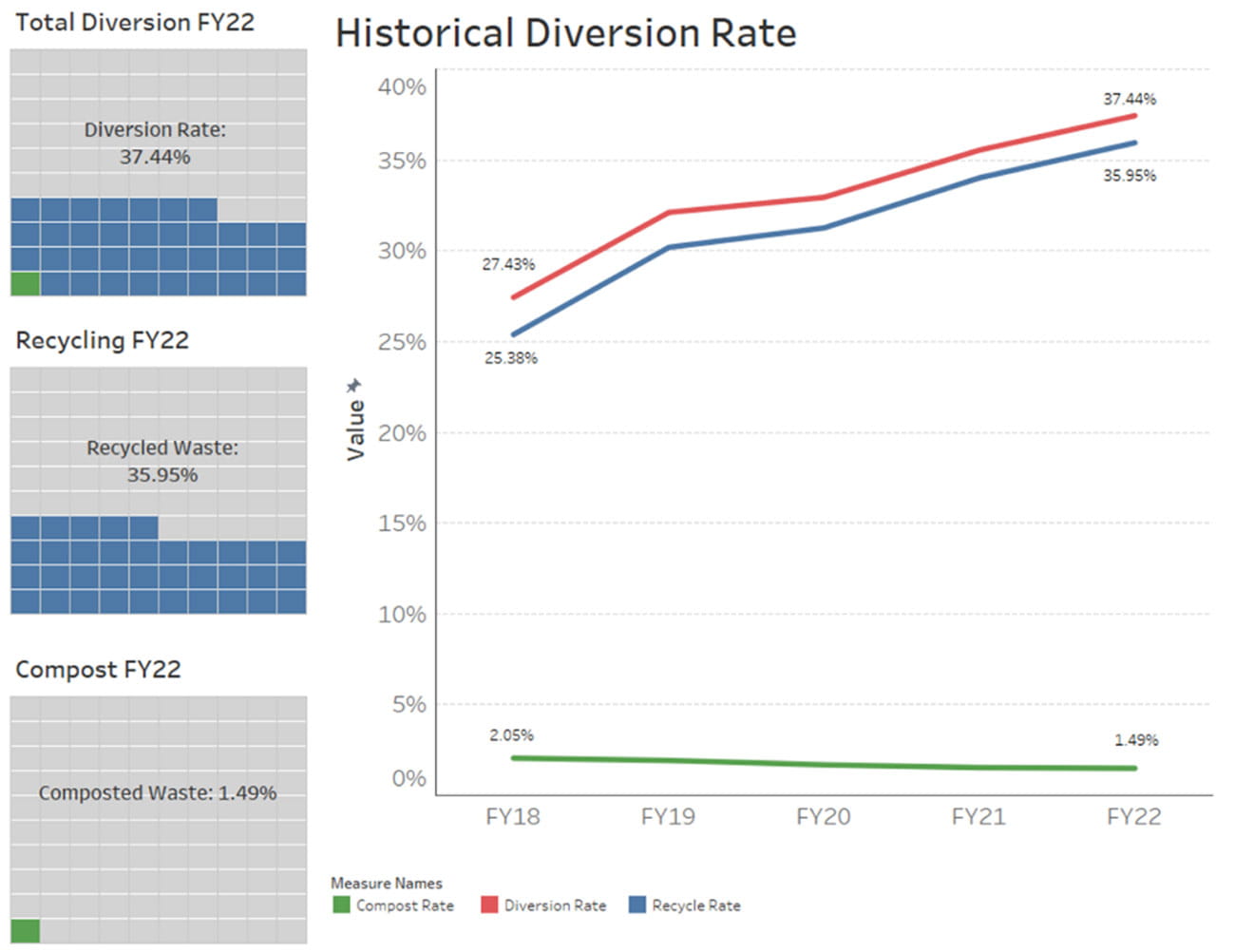 Ohio State is enhancing recycling infrastructure on campus, thanks to a $100,000 grant from the Ohio Environmental Protection Agency (EPA) and $25,000 from the Office of Administration and Planning.

A portion of the funding was used to conduct a waste characterization study, which helped determine the top three recycling opportunities in the medical center: cardboard, specialty plastics and commingled recycling. This study led to new advancements in our recycling process including new carts to fit on the Automated Transport System, new recycling bins for non-public facing spaces and engage Environmental Services staff to encourage the use of the pneumatic tubing system in The Ohio State Comprehensive Cancer Center – Arthur G. James Cancer Hospital and Richard J. Solove Research Institute (The James).

This year, the medical center kicked off a hard-to-recycle plastics pilot after successful tests in FY21. Participating departments received new bins and purple liners to designate their purpose and signage outlining the items that should be recycled. In addition to the nearly 6 tons of plastic diverted from the landfill, pilot participants have been monitoring contamination rates reported by the recycler and the results have been extremely promising. The low contamination rates indicate a high degree of staff compliance. In the coming years, the team will continue to streamline the hauling process and expand the program to additional sites.

The medical center’s Revenue Cycle team set out to increase the number of patients who receive statements electronically from 25% to 65% by June 2023. This would reduce the expense associated with paper statements while promoting resource stewardship. After just three months of the paperless billing initiative, the medical center has the potential to surpass the target, leading to more than $400,000 in savings annually as well as lessening the medical center’s environmental impact.

Outpatient Care New Albany began working with the New Albany Food Bank this year to reduce food waste and support our community. Every other Friday the food bank picks up items that would have otherwise been sent to a landfill to help the more than 300 families that the New Albany Food Bank serves each month. In just six months, they have successfully donated 581 pounds of produce, perishable food, deli items, salads and bread.