What’s it like to introduce the president of the United States? 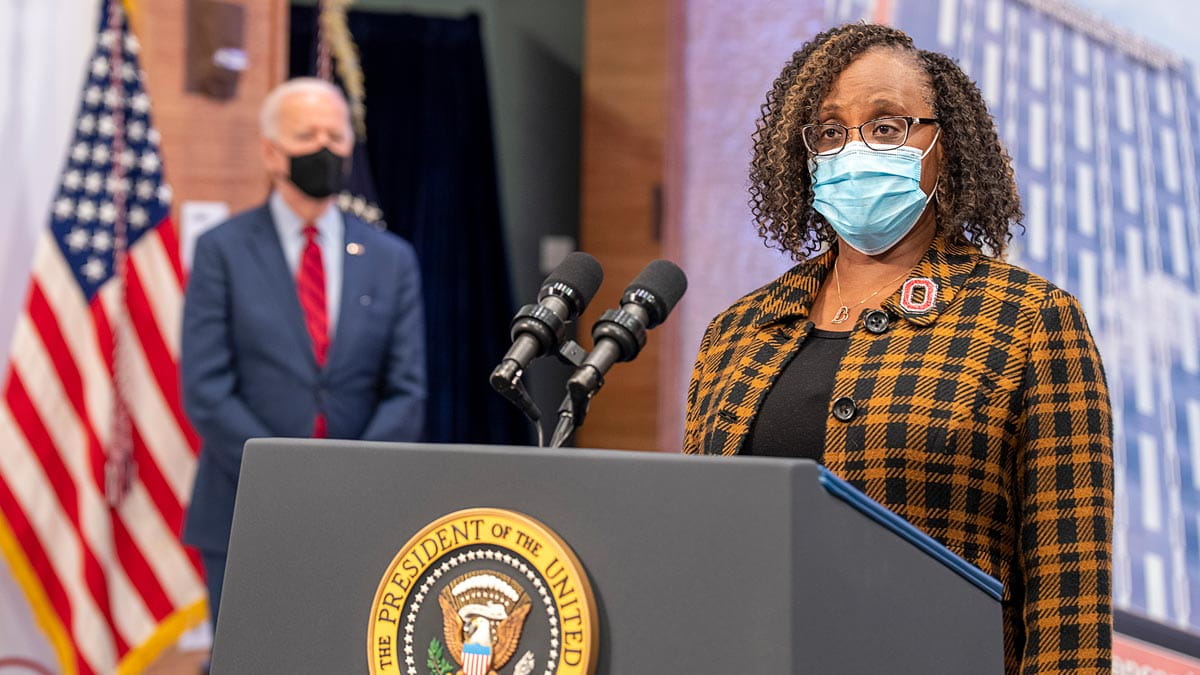 It didn’t hit her until she got into her car. That moment had happened. Really.

She’d walked up to that podium and stood there in front of all those cameras and talked for three minutes and four seconds about what the Affordable Care Act had meant to patients at The Ohio State University Wexner Medical Center.

And then she’d introduced the man waiting behind her.

And now Tameka Hairston was in her car watching the congratulatory messages roll in on her cell phone, and when a cousin in Atlanta sent a picture of her taken from the television, it finally struck Hairston that those three minutes and four seconds had stretched far beyond that room in The Ohio State University Comprehensive Cancer Center – Arthur G. James Cancer Hospital and Richard J. Solove Research Institute (OSUCCC – James).

This had been a big deal.

Now it was feeling huge.

“I called my husband and said, ‘OK, was something on TV? Was there something that I missed?’”

Biden visited the medical center on March 23 to mark the 11th anniversary of the ACA and tout the health care components of his American Rescue Plan. Hairston, manager of the case management and social work department at East Hospital, was tapped to speak on Ohio State’s behalf during Biden’s address from the OSUCCC – James and introduce the president before his remarks.

“I truly didn’t know the magnitude at the time,” Hairston said. “That’s probably what kept me calm. When I got to the podium, I was OK.”

She was more than OK. Her voice caught a few times, but once she hit her stride she looked as polished as any speaker at that podium. Her remarks were sandwiched between Biden’s and U.S. Rep. Joyce Beatty’s and were broadcast on live television feeds throughout the country.

When she finished, Biden thanked her by name.

This whole thing had been a whirlwind.

Hairston, a 20-year Ohio State employee, had gotten a Sunday night call from East Hospital Executive Director Mary Howard asking if she’d be willing to introduce the president and talk about how the ACA’s measures had affected patient lives. Hairston said sure, believing that the president they were discussing was Ohio State President Kristina M. Johnson, until there was talk of Social Security numbers and the White House, and Hospital Division Chief Administrative Officer Elizabeth Seely clarified: We’re talking about the president of the United States here.

Even then, Hairston kept her cool. Maybe it was her military training — four years active duty in the U.S. Army and seven years in the reserves had helped steel her nerves — or maybe it was plain old denial. Either way, that calm got her through writing her speech, sending it off to the White House for edits, rehearsing it at length with marketing and communications Senior Consultant Kim Knight, and then waiting, in a back room, for Biden’s arrival.

That’s when she started to feel a little rattled.

“I panicked a little bit to myself, with myself, all by myself, in my head. I said, ‘Tameka, your heart is beating really fast. Stop it. You don’t want to embarrass Ohio State.’”

She steadied herself. Some light conversation with Beatty put her at ease. Biden posed with her for a picture and thanked her for her work with patients, and that helped too. She thought about her Ohio State family, and how her colleagues had applauded her when they found out where she was headed, and how out there in the audience were a bunch of familiar faces, including Chief Clinical Officer Andy Thomas, one of the people who’d helped train her when she first walked through Ohio State’s doors.

And while her heart continued to race, she found herself comforted when she, Beatty and Biden all lined up to head to the podium. 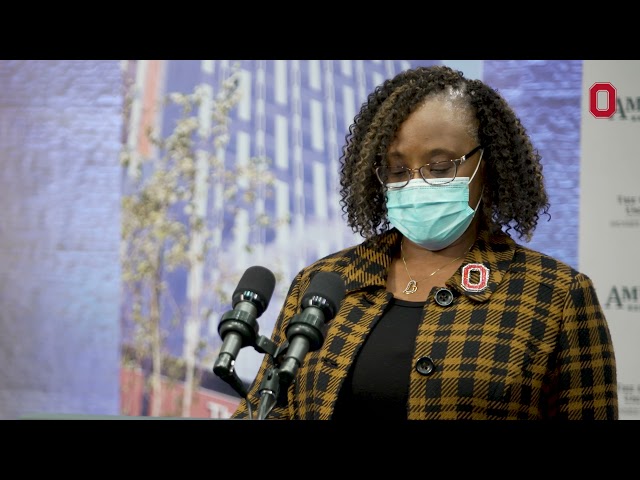