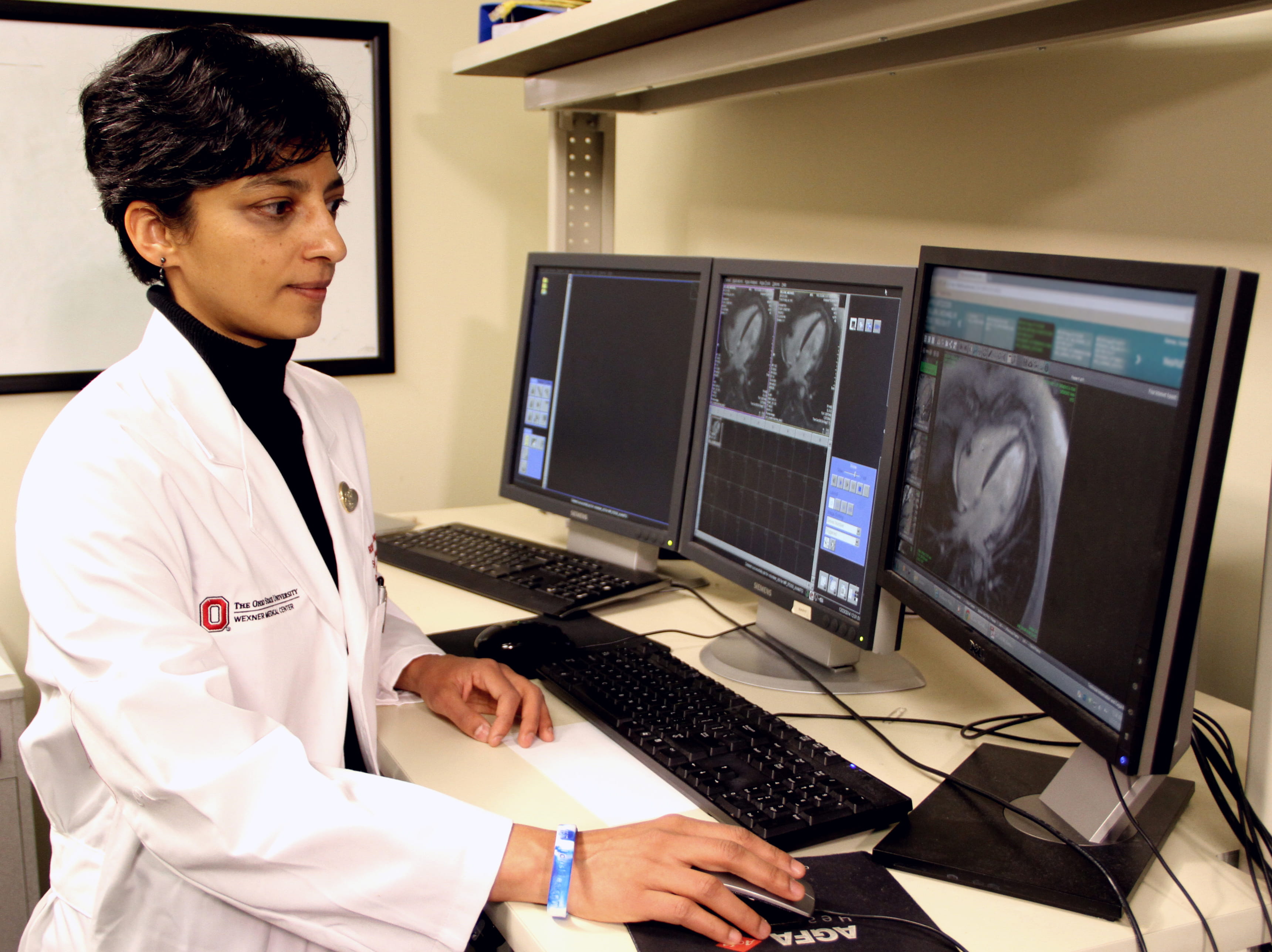 COLUMBUS, Ohio – Early use of available heart failure drugs slows the progressive decline in heart function before symptoms are apparent in boys and young men with Duchenne muscular dystrophy (DMD), according to a new study published online by The Lancet Neurology.

Dr. Subha Raman, a cardiologist and professor at The Ohio State University Wexner Medical Center, led a team of DMD experts at multiple sites in a clinical trial that tested the combination of eplerenone and either an ACE inhibitor or an angiotensin receptor blocker (ARB) to decrease the progression of heart muscle disease, a leading cause of death in boys and young men with DMD.

“We believe this research offers evidence that supports the early use of these readily available medications,” said Raman, who is also the lead author of the study.

Dr. Linda Cripe, a pediatric cardiologist and co-investigator at Nationwide Children’s Hospital in Columbus, added, “This could quickly become standard of care for patients with DMD.”

Raman and her team based this trial on their earlier lab findings that showed this combination of medicines reduced muscle damage and preserved function in an animal model of DMD. In this trial, researchers enrolled 42 boys with DMD who also showed evidence of early heart muscle damage by cardiac magnetic resonance imaging. In the double-blind study, the boys were randomized to receive one pill of either 25 milligrams of eplerenone or placebo daily for one year. All subjects received background therapy with either an ACE inhibitor or ARB as prescribed by their physician. Enrollment and follow-up visits were completed between March 2012 and July 2014.

The patients had cardiac MRIs before and again at six and 12 months after starting the study medicine. After 12 months, the team reported further decline in left ventricular function was significantly less in the eplerenone treatment group than in those on placebo. Raman noted that the results indicated at least six months of therapy was needed to realize benefit.

“We know that a sensitive measurement of heart function known as strain is abnormal well before complications like congestive heart failure and fatal arrhythmias occur in DMD. By impacting this earliest detectable change in heart function, we expect and hope to see even greater benefits with longer-term follow-up of these patients. Slowing the progression of heart disease should translate into improved quality of life for affected individuals and their families,” Raman said.

DMD is a genetic disorder in which the body lacks dystrophin, a protein that helps keep muscle cells intact. It causes muscles to rapidly degenerate and weaken. DMD predominantly affects males. A majority of patients develop heart or respiratory failure, surviving into their 20s or early 30s. 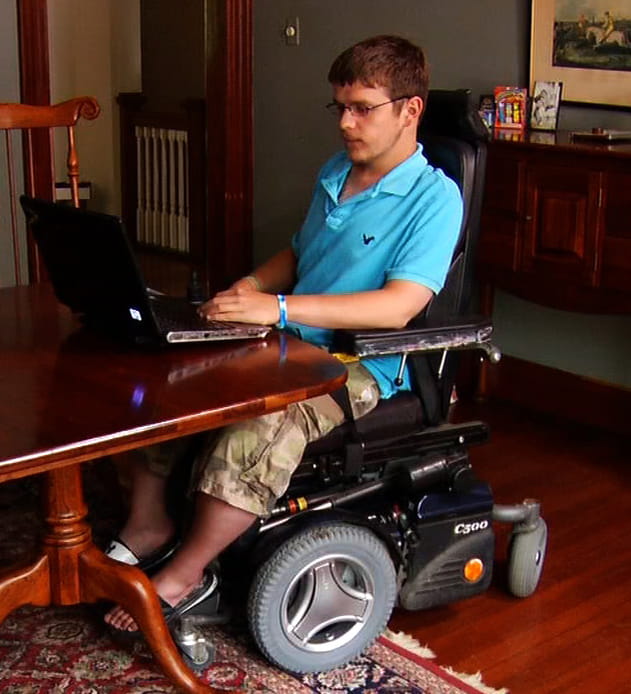 This research was inspired by 26-year-old Ryan Ballou of Pittsburgh, a young man with DMD who, along with his father, started BallouSkies to raise awareness and funding for Raman’s research of heart disease in muscular dystrophy patients. BallouSkies was the primary financial supporter of this clinical study.

“This research progressed much faster thanks to their support. The work we have accomplished in just a few years would have taken a decade or more if we had to seek funding from traditional grant mechanisms alone,” Raman said. 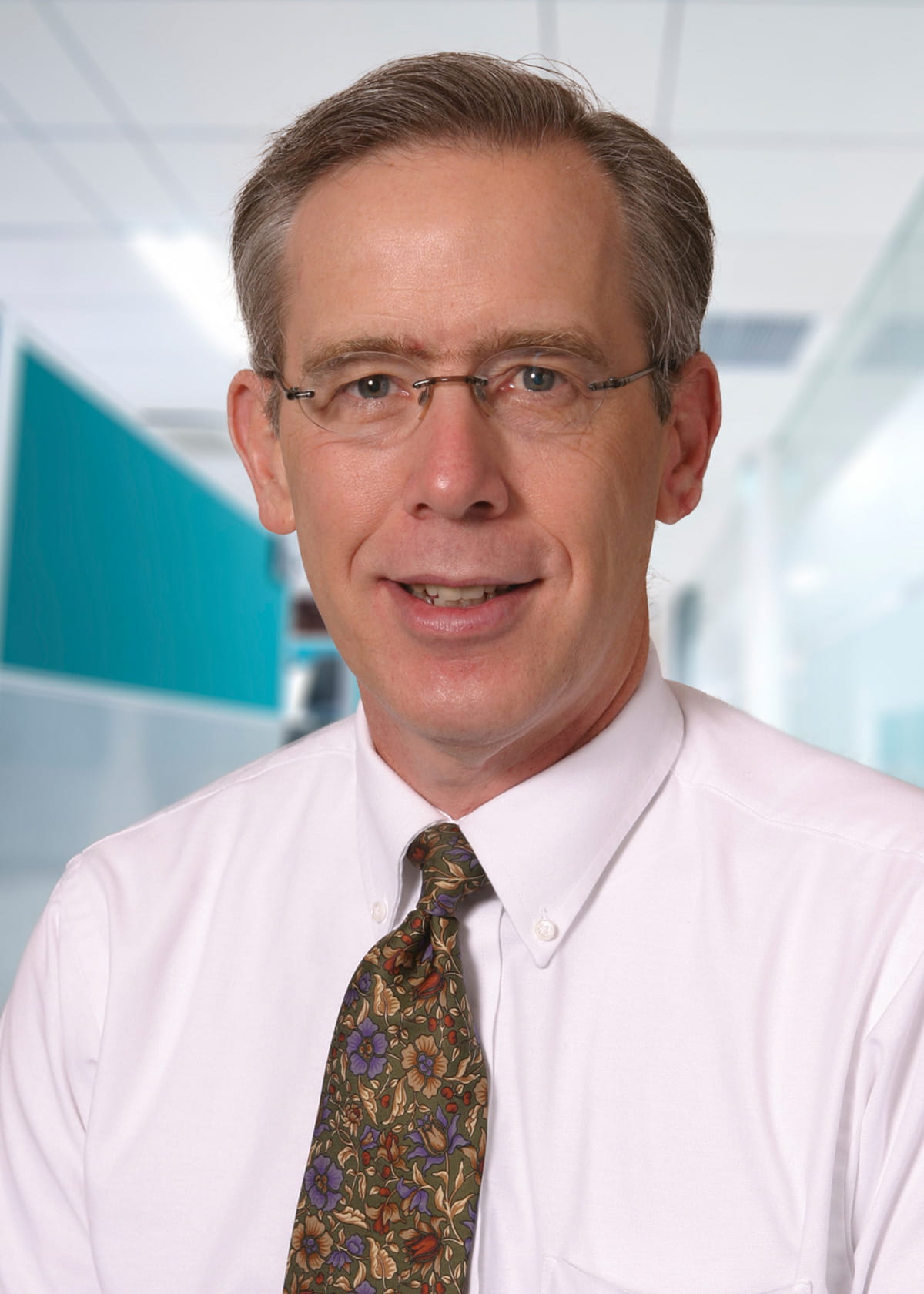 Dr. John Kissel, a neurologist at Ohio State’s Wexner Medical Center, added, “BallouSkies is a great example of how dedicated people working together can make a tremendous difference in fighting even the most serious conditions.”

Additional support was provided by the Parent Project Muscular Dystrophy, the National Center for Advancing Translational Sciences and the National Institutes of Health.

Raman’s next trial to improve on these results is already underway. This trial will test the benefit of combination heart failure medicines in DMD without requiring evidence of baseline heart muscle damage to start treatment. Enrollment is expected to begin in early 2015 at four U.S. sites: Ohio State’s Wexner Medical Center/Nationwide Children’s Hospital, UCLA, the University of Colorado and the University of Utah.