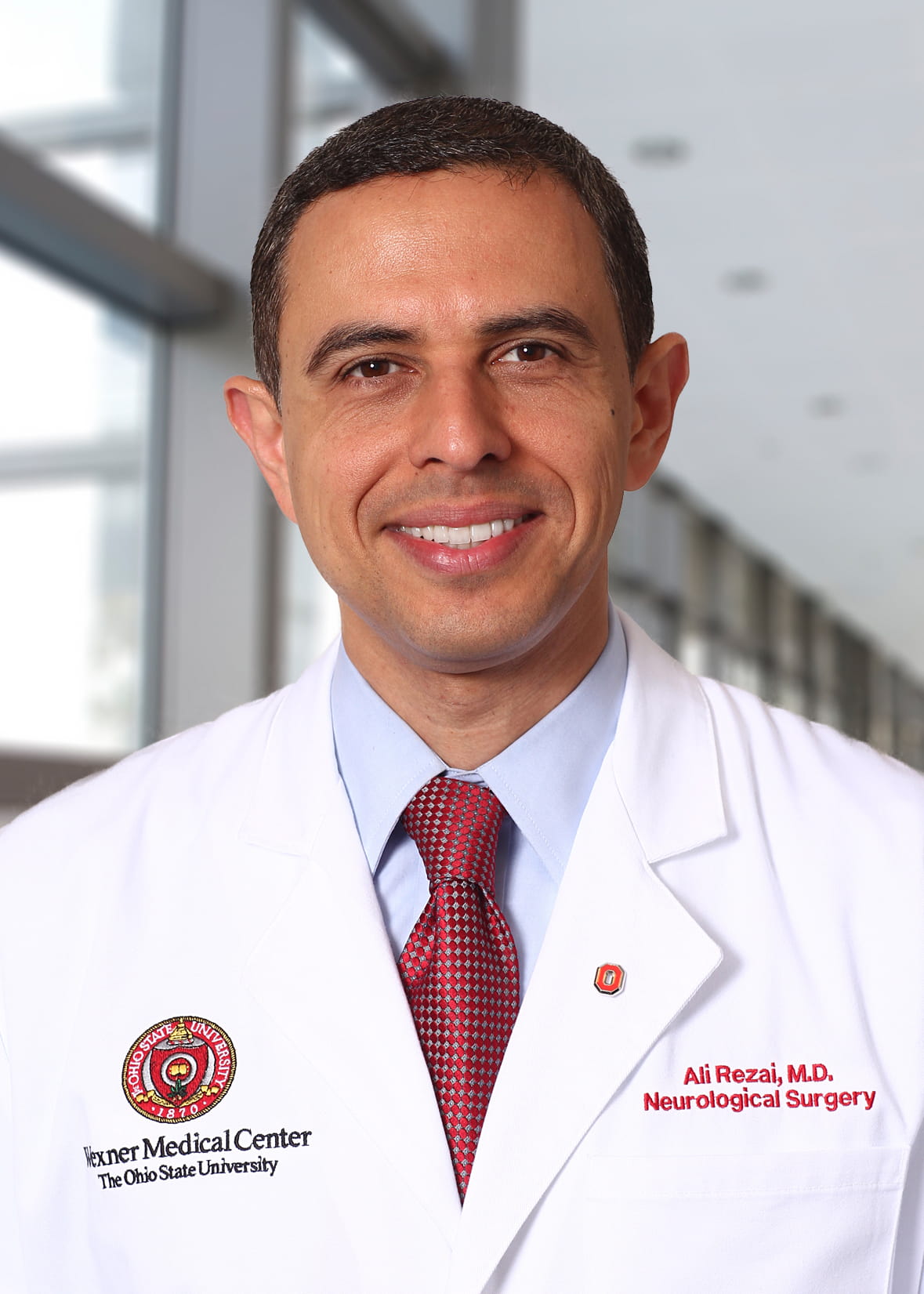 COLUMBUS, Ohio – During a five-hour surgery last October at The Ohio State University Wexner Medical Center, Kathy Sanford became the first Alzheimer’s patient in the United States to have a pacemaker implanted in her brain.

She is the first of up to 10 patients who will be enrolled in an FDA-approved study at Ohio State’s Wexner Medical Center to determine if using a brain pacemaker can improve cognitive and behavioral functioning in patients with Alzheimer’s disease.

The study employs the use of deep brain stimulation (DBS), the same technology used to successfully treat about 100,000 patients worldwide with movement disorders such as Parkinson’s disease. In the study, researchers hope to determine whether DBS surgery can improve function governed by the frontal lobe and neural networks involved in cognition and behavior by stimulating certain areas of the brain with a pacemaker.

“If the early findings that we’re seeing continue to be robust and progressive, then I think that will be very promising and encouraging for us,” says Rezai, who also directs the Center for Neuromodulation at Ohio State. “But so far we are cautiously optimistic.”

The deep brain stimulation implant is similar to a cardiac pacemaker device with the exception that the pacemaker wires are implanted in the brain rather than the heart.

“Basically, the pacemakers send tiny signals into the brain that regulate the abnormal activity of the brain and normalize it more,” says Rezai. “Right now, from what we’re seeing in our first patient, I think the results are encouraging, but this is research. We need to do more research and understand what’s going on.”

The study, which will enroll people with mild or early-stage Alzheimer’s disease, will help determine if DBS has the potential to improve cognitive, behavioral and functional deficits.

Sanford continues to be evaluated to determine the effectiveness of the technology, says Rezai. She says she volunteered for the study to help others avoid the angst she has suffered as Alzheimer’s slowly disrupted her life.

Her father, Joe Jester, says he is proud that his daughter is participating in the study, and is pleased to see her showing improvements.

“This study seemed to just give us hope,” said Jester. “I guess we were at the place where you just don’t do anything and watch the condition deteriorate over the years, or try to do something that would give us hope and might stop the progression of this disease.” 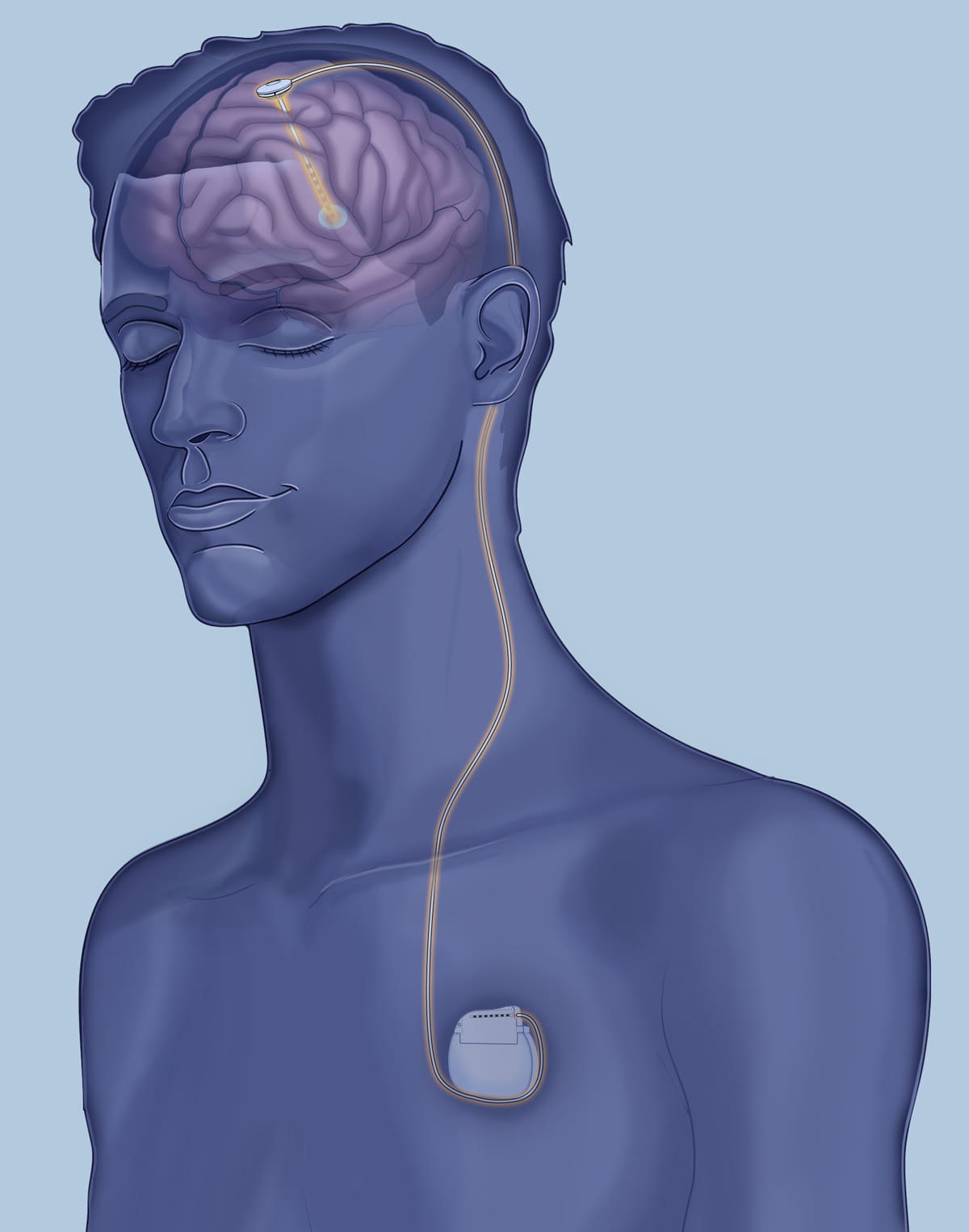 Alzheimer’s disease is the most common form of degenerative dementia, afflicting about 5.5 million Americans and costing more than $100 billion per year, ranking it the third costliest disease in terms of health care expenditures in the United States.

Alzheimer’s disease – which has no cure and is not easily managed – becomes progressively disabling with loss of memory, cognition, worsening behavioral function, in addition to a gradual loss of independent functioning, says Scharre.

The Ohio State neurology team is nationally renowned for expertise in dementia and Alzheimer’s care and research. In addition, the neuromodulation team at Ohio State are pioneers in the use of DBS to treat Parkinson’s disease, as well as exploring the use of DBS for other neurological and neurobehavioral conditions.

Researchers at the Neuromodulation Center are completing a study of DBS in patients with traumatic brain injuries, and have initiated a study of DBS for treating obesity.

The Alzheimer’s study is scheduled to be completed in 2015.