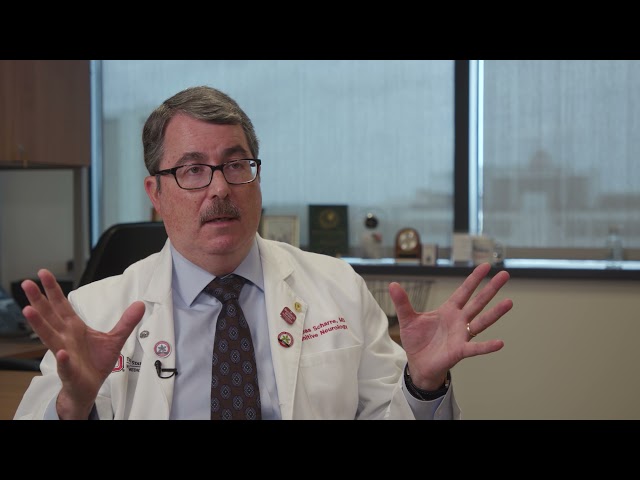 Downloads
COLUMBUS, Ohio – Many people experience forgetfulness as they age, but it’s often difficult to tell if these memory issues are a normal part of aging or a sign of something more serious. A new study finds that a simple, self-administered test developed by researchers at The Ohio State University Wexner Medical Center, College of Medicine and College of Public Health can identify the early, subtle signs of dementia sooner than the most commonly used office-based standard cognitive test.
This earlier detection by the Self-Administered Gerocognitive Examination (SAGE test) is critical to effective treatment, especially as new therapeutics for dementia and Alzheimer’s disease are being developed and approved.
“New disease modifying therapies are available and others are currently being evaluated in clinical trials, and we know that the earlier cognitive impairment is detected, the more treatment choices a patient has and the better the treatments work,” said Dr. Douglas Scharre, director of the Division of Cognitive and Memory Disorders in the Department of Neurology at Ohio State and lead author of the study published in the journal Alzheimer’s Research & Therapy. 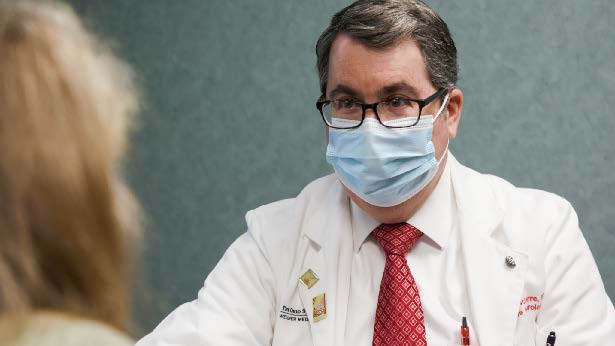 While the test does not definitively diagnose problems like Alzheimer’s, it allows doctors to get a baseline of their patients’ cognitive functioning, and repeat testing allows them to follow their memory and thinking abilities over time. “Often primary care physicians may not recognize subtle cognitive deficits during routine office visits,” Scharre said.
The eight-year study followed 665 consecutive patients in Ohio State’s Center for Cognitive and Memory Disorders. Researchers found that the SAGE test accurately identified patients with mild cognitive impairment who eventually progressed to a dementia diagnosis at least six months earlier than the most commonly used testing method called the Mini-Mental State Examination (MMSE).
Among the 164 patients with baseline mild cognitive impairment, 70 patients converted to dementia. This is a 43% conversion rate over three to four years which is similar to rates from other academic center-based studies, Scharre said. The distribution of dementia diagnoses included 70% Alzheimer’s disease dementia, 7% Lewy body dementia, and 9% pure or mixed vascular dementia.
The test can be taken anywhere whenever there are cognitive concerns. It takes only about 10-15 minutes to complete, and the four interchangeable forms are designed to reduce learning effects from recurrent testing over time. The cognitive domains tested with the 11-item test include orientation, language, calculations, memory, abstraction, executive function, and constructional abilities. The MMSE does not test abstractions or executive function abilities.
“Any time you or your family member notices a change in your brain function or personality you should take this test,” Scharre said. “If that person takes the test every six months and their score drops two or three points over a year and a half, that is a significant difference, and their doctor can use that information to get a jump on identifying the causes of the cognitive loss and to make treatment decisions.”
Scharre has worked closely with BrainTest Inc SEZC to develop a scientifically validated digital version of the SAGE test called BrainTest that can be taken anywhere on a tablet or touch screen computer. This digital version will also be integrated with the Ohio State Wexner Medical Center’s electronic medical records system to better facilitate self-testing, storing and reviewing results for patients and their health care providers. 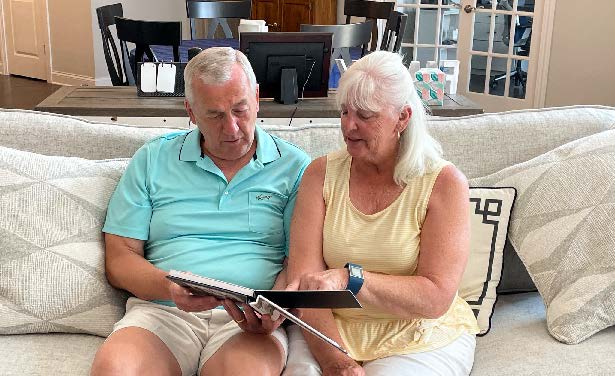 “Based on cognitive score changes, clinicians and families may decide it is time to act on safety and supervision needs. This might include, for example, medication oversight, financial assistance, driving limitations, setting up durable Powers of Attorney and other legal arrangements/trusts, change in living arrangements, and enhanced caregiving support,” Scharre said.
More than 6 million Americans have Alzheimer’s disease, and those numbers are expected to rise to more than 13 million by 2050. Deaths from Alzheimer’s and other dementias have increased 16% during the COVID-19 pandemic, according to the Alzheimer’s Association.
Access SAGE or BrainTest at wexnermedical.osu.edu/SAGE
Access BrainTest at BrainTest.com
Scharre is a member of the Scientific Advisory Board and is Head of Medical Affairs for BrainTest.