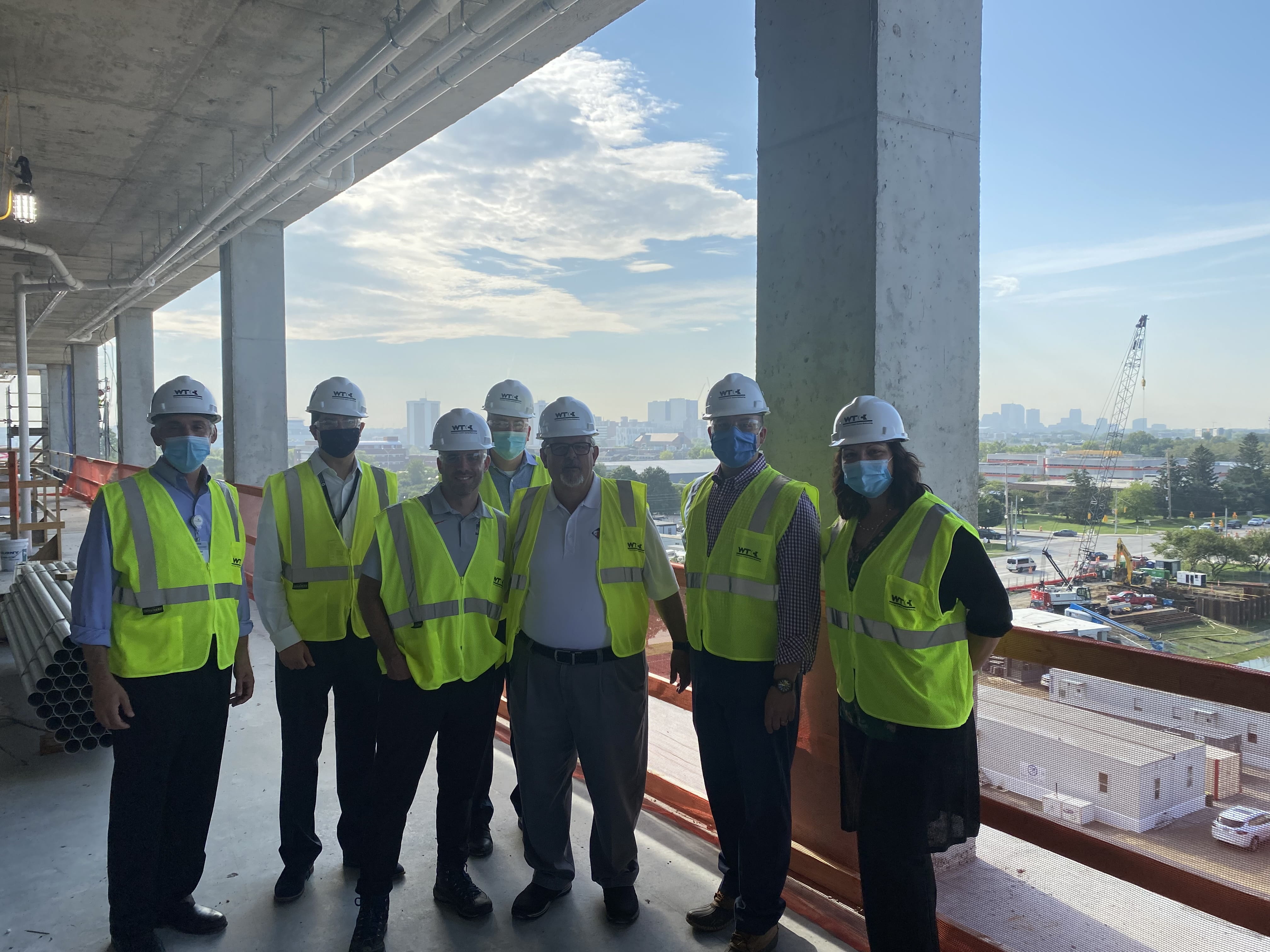 While touring The Ohio State University’s Interdisciplinary Research Facility (IRF) with his fellow members of the William H. Davis, Dorothy M. Davis and William C. Davis Foundation in summer 2021, the late Bill Wells stopped to take in the view.

Overlooking campus from the five-story, 305,000-square-foot laboratory building that will anchor Columbus’ burgeoning Innovation District, not only could Wells see Bill Davis Stadium – the home of Buckeyes Baseball – in the distance.

He also realized that he was standing in the exact spot where the Dorothy M. Davis Heart and Lung Research Institute (DHRLI) will have dedicated space when the IRF opens in 2023.

That moment was emblematic of the Davis Foundation’s multi-generational impact on Ohio State; since 1994, they have generously invested over $30 million in several areas, including athletics and heart and lung research. To expand on their leadership support of the DHLRI, the Davis Foundation has announced a new pledge of $5.5 million to create an endowed research chair for the institute. Their gift will name the DHLRI’s research neighborhood in the IRF as well.

“As our foundation’s chairman and president, my late husband Bill was dedicated to building on his Aunt Dottie’s passion for research,” Jackie says. “For over 20 years, the Davis Foundation has supported the DHLRI, and with this gift, we are proud to carry on Dottie’s legacy by further investing in research that will save more people’s hearts and lives.”

Since its opening in 2000, the DHLRI has grown exponentially, with faculty and research collaborations spanning eight different colleges and 26 departments across Ohio State. DHLRI-associated work is conducted at six locations across The Ohio State University Wexner Medical Center, and research funding exceeds $30 million annually.

Carol R. Bradford, MD, MS, FACS, dean of the Ohio State College of Medicine and vice president for Health Sciences at the Ohio State Wexner Medical Center, says the Davis Foundation’s extraordinary gift, including the creation of an endowed research chair, will elevate the DHLRI to even greater heights of excellence. 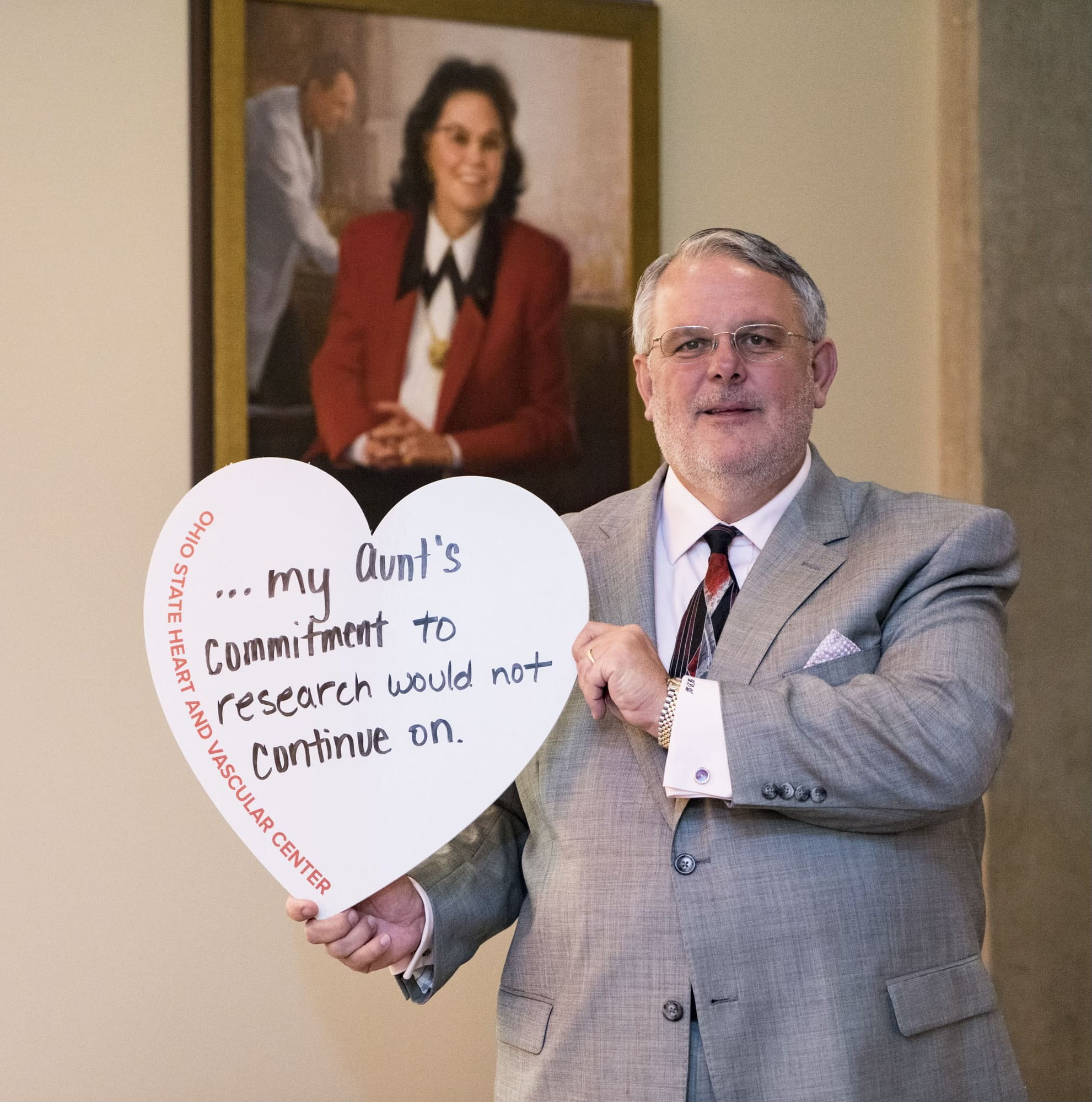 “Endowed chairs are among the highest recognitions for our preeminent faculty, and they also are a permanent investment in research that will change the field of medicine,” says Dean Bradford, who also holds the Leslie H. and Abigail S. Wexner Dean’s Chair in Medicine. “The Davis Foundation’s tremendous generosity will further place the DHLRI at the forefront of innovative discoveries that will improve the lives of our patients and their families.”

In addition to establishing an endowed research chair, the Davis Foundation’s support for the DHLRI’s presence in the IRF will be integral to broadening the institute’s impact, according to Director Thomas Hund, PhD.

“The growth we’ve experienced at the DHLRI over 20-plus years is unparalleled, and the Davis Foundation has been with us every step of the way,” says Dr. Hund. “Their latest commitment will enable us to attract a prominent leader in the field as we also expand our physical footprint to the IRF, which will significantly strengthen our team-based approaches to cardiovascular research. Without the Davis Foundation’s continued partnership, we would not see the future as bright as we see it now.”