Funding Research For A Cure 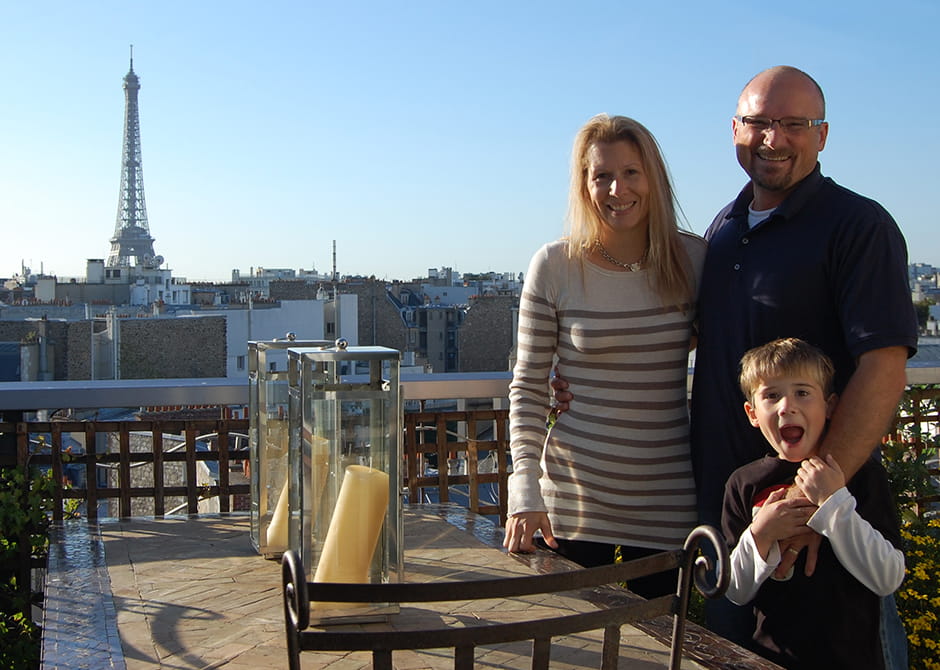 In 2005, Doug and his wife Laura, who met at The Ohio State University, relocated back to central Ohio from Los Angeles to live closer to family again.

Doug passed up a prestigious position at UCLA to begin teaching geophysics at Ohio State while Laura left her dream job with Mattel to focus on starting a family. But within a few months of beginning their new life in the Midwest, Laura was diagnosed with breast cancer.

Initially, the couple considered moving back to Los Angeles for care, as Doug would only accept the “best treatment, period,” for his wife and he believed that he would find it out there. But after researching many options, Doug and Laura decided to seek treatment locally at The Ohio State University Comprehensive Cancer Center – Arthur G. James Cancer Hospital and Richard J. Solove Research Institute (OSUCCC – James).

Laura began fighting a long six-year battle against cancer with the support of the OSUCCC – James and her family. A loving mother and wife, Laura was more concerned with her family’s wellbeing than she was with her own. Doug remembers her telling him: “This cancer is unfair to you, and unfair to Garrett.” But Doug never heard her complain of how this cancer was unfair to Laura. 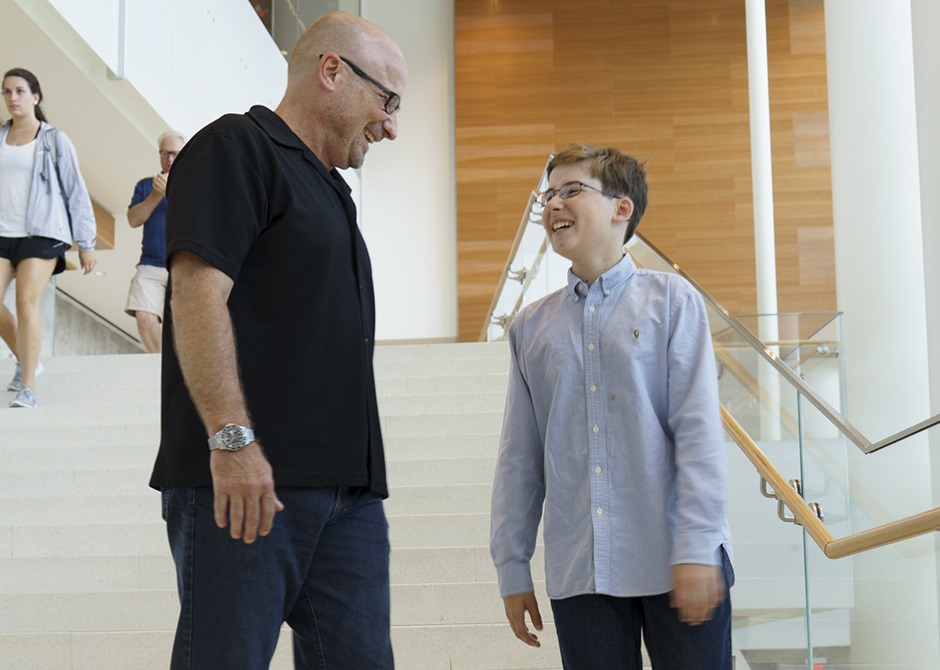 Both Doug and Laura were impressed with the quality of care and expertise at the OSUCCC – James, but after four years of successful treatment, Laura was diagnosed with metastatic disease. Cancer had spread to her lungs. The couple decided to travel to Houston for a second opinion. Doug recalls the physician there telling him, point-blank, “I wish we had the clinical trials that The James has.” In the end, Doug, Laura and Garrett stayed in Columbus. “We didn’t move because The James is that good,” said Doug.

Laura continued treatment through the spring of 2011, when at that point the cancer had spread to her liver. She lost her battle with cancer soon after. During her final days of treatment, Doug and Garrett recall Laura as “incredibly courageous” and “selfless.”

Garrett, who is now in middle school, loves to play video games, perform in plays, and hike outdoors with his father. He remembers his mom as someone who was caring and brave, and who, “never really worried about herself.” 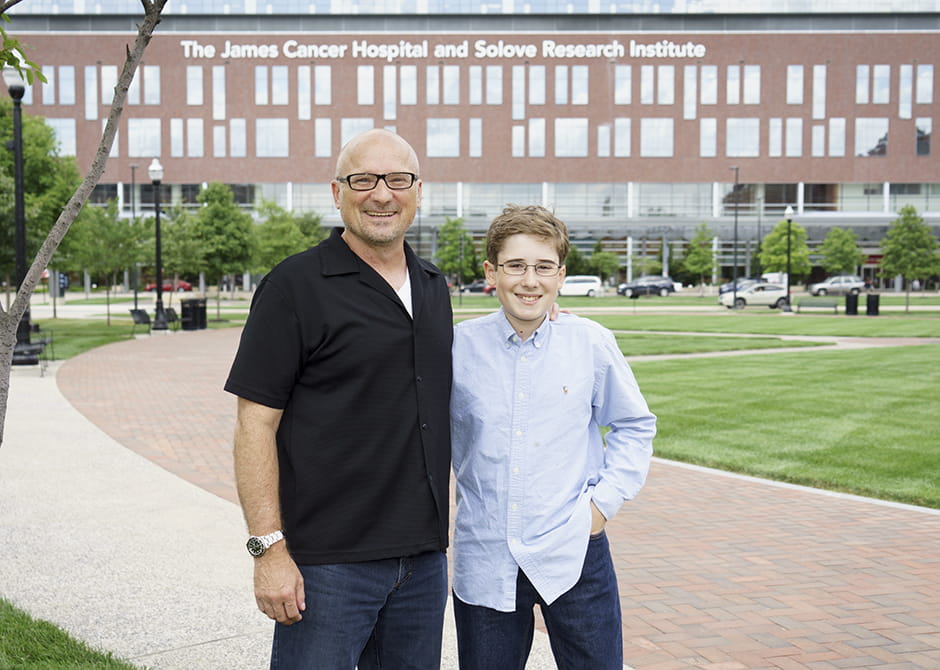 Doug and Laura’s brother Don established a fund in memory of Laura shortly after her death.

The motivation for their giving stems from their passion for funding research, as well as a way to thank the compassionate care that Laura received from the staff at the Stefanie Spielman Comprehensive Breast Center. “The nurses were outstanding and the most memorable. One nurse, in particular, asked if she could paint Laura’s nails as Laura was too weak to do them herself. That is just one example of the remarkable level of care shown to patients at The James,” said Doug.

“The experience of giving back became a cathartic release. It allowed me to heal. I didn’t know I would feel that way,” said Doug. The money raised through this fund benefits the research of Sameek Rowchowdhury at the OSUCCC – James to use on genetic typing of cancer cells, which will lead to the development of new treatments specific to a patient’s genetic makeup.

Laura’s fund has reached $117,000 thanks to the incredible generosity of friends and family. Doug one day hopes to see her fund surpass $1 million and is also planning on publishing a book in her honor. What started as a collection of therapeutic blog postings has turned into a memoir about “life, love, death and dating.” All proceeds from the book would be donated to the fund in Laura’s name.