Philanthropy Grows in Purpose and Impact 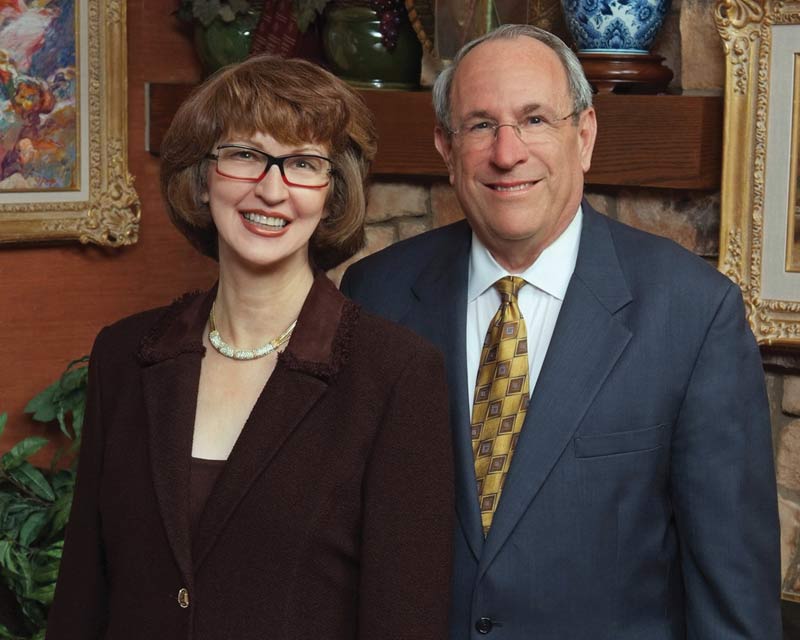 On Oct. 6, 1969, Stan Ross ‘62, gave $10 to The Ohio State University. Then a captain in the U.S. Army, the young lawyer had just returned from a tour of duty in Korea and was serving out his remaining two years as an instructor of military justice at the Judge Advocate General’s School in Charlottesville, Virginia.

Their giving has evolved over a lifetime of events, including one that shook the family to its core, deepening their relationship with the Ohio State Wexner Medical Center and awakening a passion for brain research that drives their philanthropy today.

For many years now, their gifts have been conscientious, directed and powerful. Among the most notable—$2 million to endow The Stanley D. and Joan H. Ross Chair in Neuromodulation, currently held by Benjamin Segal, MD, chair of the Department of Neurology and co-director of the Neurological Institute, and a transformative $10 million investment in the Neurological Institute to establish The Stanley D. and Joan H. Ross Center for Brain Health and Performance.

“It feels like we’ve set some wheels in motion,” says Stan, a member of The Ohio State University Foundation Board of Directors.

The couple attracted the attention of Ohio State’s new president Kristina M. Johnson, PhD, who personally thanked them for the long-term impact they've had on the university.

“Stan and Jodi Ross are inspiring examples of the power of partnership,” Dr. Johnson says. “Through their dedicated investment in the Ohio State Wexner Medical Center, they have helped bring together experts across disciplines to revolutionize our knowledge of how to keep our brains and bodies performing at their best. They are committed to life-changing research and innovative solutions that will uplift people for generations to come.”

For the first 25 years, the Rosses were faithful annual donors. While raising their children, Malcolm and Jennifer, they contributed to the university’s general fund and specific campus causes like WOSU Public Media and Friends of the Libraries, ultimately achieving President’s Club status. However, their larger patronage and community leadership in those years favored the arts, particularly Opera Columbus where Jodi was an opera singer.

Then, in 1993 the Rosses received a phone call that changed everything. Malcolm, a young race car driver, had been in a racing accident at Indianapolis Raceway Park. On the day of his high school graduation, he suffered a broken neck, broken vertebrae in his lower back and spinal cord damage. Stan and Jodi were told he was fighting for his life, and if he survived, might never walk again.

After initial treatment at an Indianapolis hospital, the Rosses brought Malcolm to the Ohio State Wexner Medical Center’s Dodd Hall for rehabilitation. He made a remarkable recovery. To this day, they can’t say enough good things about Dodd Hall and its staff. They made a donation to ensure that Dodd would be there for future patients and families.

The experience awakened an appreciation for the neurosciences. The Rosses met Ali Rezai, MD, a physician-researcher with an expertise in deep-brain stimulation. Stan chaired a subcommittee devoted to the exciting field. The couple became so immersed, “We would jokingly say we thought we could do a deep brain surgery ourselves,” Stan says.

The potential to change lives led the Rosses to their two significant investments in the Neurological Institute—the endowed chair in neuromodulation in 2011 and the gift in 2015 to establish The Stanley D. and Joan H. Ross Center for Brain Health and Performance. They made their gifts without attaching benchmarks or goals to the cutting-edge science.

“We were just impressed with the work that was being done,” Stan says. “It seemed like this was one of the more adventurous fields, one of the new frontiers in medicine because they were just starting to discover so much of how it worked. And it just seemed like it had potential for a huge amount of benefit as the time went on. Our motivation was to participate in a new frontier.”

Getting to know the physician-scientists has been one of the perks of partnership, Jodi says. There was something special, for instance, about the time Jan Schwab, MD, PhD, a chronic brain injury specialist, showed them his collection of spinal cords during a tour of his lab.

“We really appreciate the tours they’ve given us,” Jodi says. “They have us come and see things we never would otherwise get to see. It makes us feel more connected.”

In less than a decade, the Rosses have seen results from their donations in terms of progress toward potential future breakthroughs in major diseases. Stan describes the neurosciences field as a “big tent” under which Ohio State is advancing promising new treatments and cures for neurodegenerative diseases such as amyotrophic lateral sclerosis (ALS) and multiple sclerosis (MS). The same goes for treating spinal cord injuries, which relate directly to the family’s interest in Formula One auto racing and their son Malcolm’s continued pursuit of the sport as an amateur driver.

The Rosses have come a long way from that $10 donation that doesn’t ring a bell, to having become actively engaged in the work they support. When weighing philanthropic decisions today, Stan and Jodi ask what impact they can make.

“Because knowledge builds on knowledge and expands,” Stan says, “we think the impact of our contribution to the neurosciences should be lasting. It should impact the human race for as long as we exist.”