What is cyclic vomiting syndrome?

Cyclic vomiting syndrome (CVS) is a chronic digestive disease marked by severe, recurrent episodes of nausea and vomiting. When not experiencing CVS, a person is generally healthy. During a CVS episode, vomiting can be severe and may occur as often as every 10 minutes for several hours. These episodes can last three to seven days on average. Stressful events, positive or negative, can trigger an episode in a person experiencing CVS. Treatment options to either prevent or stop vomiting include lifestyle changes and medication.

CVS is an episodic disorder and consists of four phases

This is important to understand as medications can be administered at the first sign of symptoms during the prodrome phase to stop or reduce symptoms of CVS from progressing to a full-blown episode. For moderate-to-severe CVS, daily mediations can be taken to reduce the frequency and severity of CVS attacks.

The exact cause of CVS is not known, but both genetics and environmental factors likely play a role. While some genetic mutations have been associated with CVS in children, whether these cause symptoms is unclear. CVS is also related to migraine headaches as patients with CVS either suffer from migraines or have family members that suffer from migraines. In fact, some migraine medications are effective in treating both conditions.

A person’s endocannabinoid system has also been shown to affect CVS. This is a cell-signaling system, where our bodies produce substances similar to cannabis that regulate functions and processes such as sleep, mood, appetite and memory. The endocannabinoid system is also important in combating stress and preventing nausea and vomiting. Problems in this system may be one reason patients develop CVS.

Also, MRI studies of the brain show patients with CVS respond differently to stress compared to healthy individuals. While CVS is a disorder of the gut, a person’s brain controls vomiting, which is why CVS is thought to be what we call a brain-gut disorder.

Stress can also play a role in triggering CVS attacks. Both positive stress (such as vacations or birthday celebrations) or negative stress (such as a job loss) can precipitate a CVS attack. How patients with CVS respond differently to stressful events and this is an area of research that is being studied by researchers.

CVS is marked by severe and recurrent episodes of vomiting. During an attack, vomiting may occur every five to 10 minutes for several hours. In general, most episodes last three to seven days. Episodes often start in the middle of the night or early morning hours.

Other symptoms during an episode can include:

A clear diagnosis of CVS may be difficult since there’s no specific test for this condition. However, your doctor can make a diagnosis by reviewing your health history and performing some tests to rule out other conditions that are similar to CVS.

All the following criteria (called Rome criteria) must occur for the last 12 months in order to be considered for a diagnosis of CVS:

EGD – A test that uses a flexible scope with a camera at the end to look inside your esophagus, stomach and the first part of your small intestine.

CT scan – A test that uses X-rays to take 3D pictures your abdomen and pelvis.

Autonomic function testing – A test that looks at how the nerves that control the different organs in your body, including your intestine, respond.

Extensive and repeated testing is not necessary and an expert in brain-gut disorders should be able to make the diagnosis with an accurate history.

Preventive or prophylactic medications – These medications, usually taken daily, are prescribed to prevent CVS episodes from occurring. Your CVS expert might prescribe medications such as amitriptyline, topiramate and aprepitant if you have moderate-to-severe CVS. This will reduce the frequency and severity of your episodes.

Abortive medications – These medications are prescribed when an episode is starting or has started. This can either stop or reduce symptoms and prevent progression of CVS symptoms. These medications are similar to those in migraine and include antiemetics (such as ondansetron) and triptans (sumatriptan). It is important to take these mediations as early as possible in an episode for it to be effective. Some medications like aprepitant can be taken to both abort or stop an episode and also as preventive therapy.

Talk with your doctor  to learn more about the specific medication options.

Lifestyle changes are very important. It’s important to stay well hydrated, practice good sleep hygiene and be sure to take your daily prescription medications. Also, there are several triggers for CVS, including stress. Learn how to recognize and manage them.

Avoid cannabis use – People with chronic illness may use over-the-counter or home remedies to improve their symptoms. Patients with CVS often report using cannabis as one of these coping strategies. However, it’s important to know that heavy cannabis use may increase the frequency and severity of CVS episodes, making you feel worse in the long run. Cyclic vomiting in association with long-standing heavy cannabis use (daily or near-daily use) has been referred to as cannabinoid hyperemesis syndrome. While cannabis is known to stop vomiting in some individuals, others may be susceptible to vomiting, and it’s possible that cannabis can make symptoms worse.

Address stress – Due to the largely unpredictable nature of CVS and the stress that goes along with this, you may be experiencing anxiety, depression, panic attacks or emotional distress. In addition to managing your physical symptoms, reducing life stressors (when possible), learning to cope with stress and increasing social support can decrease the number and severity of CVS episodes. Some patients may benefit from therapy or visits with a psychologist.

You can also arrange, if possible, to get your CVS medications at an infusion clinic, which may be a better setting while experiencing an acute episode.

Ultimately, having a care plan and partnering with your team of doctors and your CVS specialist can help you control your symptoms and lead a functional and productive live.

What are some things you can do as a caregiver to help a loved one in an episode?

If the person is unable to keep fluids down, you may need to take the patient to the Emergency Department. If this occurs, take a list of all the medications that the patient currently is taking. You should also bring their emergency department protocol provided by their CVS expert.

If outside the United States, email us at DestinationMedicine@osumc.edu

If you're interested in research trials involving CVS, email us at cvs@osumc.edu 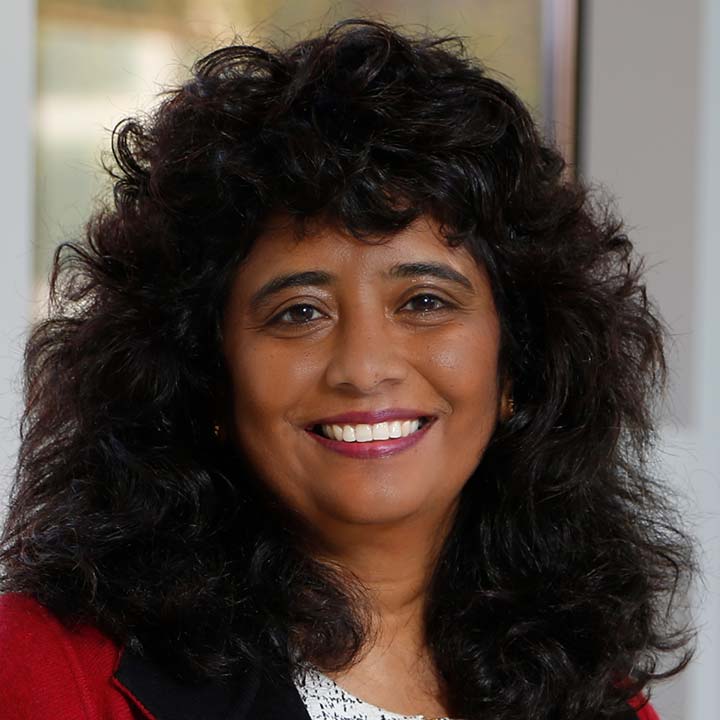 Gastroenterologist Thangam Venkatesan, MD, has expertise in treating CVS, helping more than 1,500 patients with this condition improve their quality of life. She’s involved in multiple key clinical trials and studies in CVS. Dr. Venkatesan serves as one of the chief medical advisors to the Cyclic Vomiting Syndrome Association.