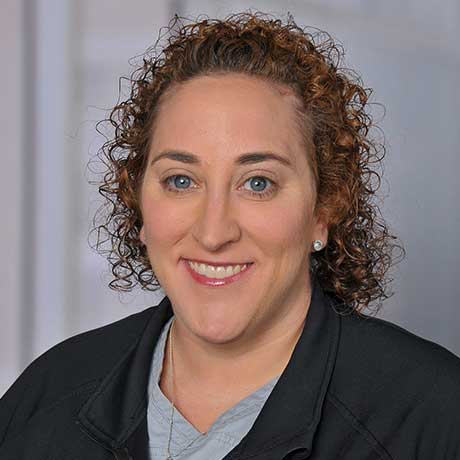 Since joining Ohio State Wexner Medical Center in 2009, Angela has worked with adults in the acute care setting, treating various conditions including orthopedic, cardiovascular, surgical intensive care, neurological and general medicine. After three years in adult acute care, she moved to the Neonatal Intensive Care Unit at Ohio State to pursue her passion of working with premature infants. Angela created a therapy program in the NICU focused on occupational therapy and fragile infant feeding.

She has since played a crucial role in the development of the OT/PT roles in the unit and sits on a number of interdisciplinary committees that focus on improving outcomes of neonates. Angela created an oral motor development program that encompassed all infant gestational ages, which included the use of a computer-assisted oral stimulation device called the NTrainer. She participated in the Fragile Infant Feeding Institute in 2013.

When Angela became a certified neonatal therapist in 2018, she was one of the first in Ohio. She is certified in the Basic Gross Motor Assessment, which allows her to determine development delays such cerebral palsy. Angela is an active member of the National Association of Neonatal Therapists, where she has been an evidenced-based poster presenter and also attended Breastfeeding 201, which promotes breastmilk and breastfeeding in the NICU. She has a passion for working with medically complex neonates on feeding and educating parents to empower them to care for their infant.