Ohio State’s Memory Disorders Clinic is a comprehensive center for research, evaluation, diagnosis and treatment for patients and families.

Receiving an Alzheimer’s disease diagnosis is life-changing, not only for you but your entire family. Knowing your future will be different than you expected can bring on a roller coaster of emotions.

At The Ohio State University Wexner Medical Center, we want to offer you and your family the care and support necessary, so you don’t have to face the unknown alone. 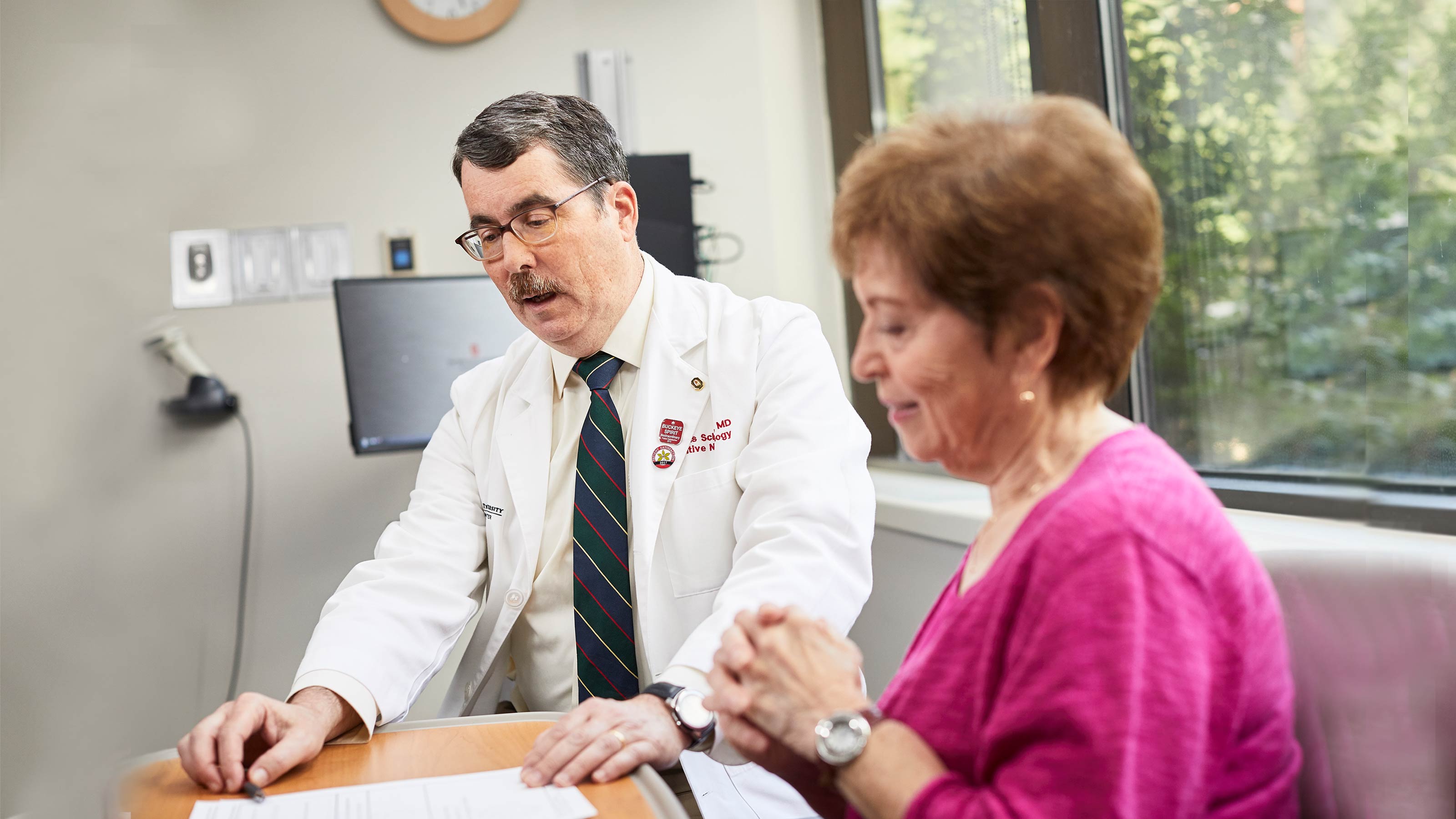 Our Alzheimer’s disease specialists run one of Ohio’s most comprehensive centers for research, evaluation, diagnosis and treatment for those affected by the condition that causes memory loss and other cognitive issues.

Our Memory Disorders Clinic, which has operated since 1993, has been at the forefront of identifying dementia and Alzheimer’s disease earlier to allow for more effective treatments in managing symptoms. Alzheimer’s doctors here in Columbus are responsible for developing the Self-Administered Gerocognitive Exam, or SAGE test — the screening tool for dementia used around the globe.

You’ll have access to the latest treatments because of our robust research program involving memory disorders as well as health care providers who have made it their life’s mission to stop this disease.

But as we work to slow the progression of Alzheimer’s disease and manage symptoms for you, we also partner with psychiatrists, rehabilitation specialists and social workers throughout the hospital system to help with mental health issues, living environments and caregiver support.

What is Alzheimer’s disease?

Alzheimer’s disease is the most common form of dementia among older people — accounting for 60-80% of dementia cases.

Alzheimer’s disease is thought to be caused by the abnormal buildup of certain proteins inside and outside of brain cells, which cause damage to the cells and make it difficult for them to communicate with each other.

The incurable condition begins slowly and, at first, affects the parts of the brain that control memory and that is soon followed by problem-solving, visual skills and language regions.

People with Alzheimer's disease may have trouble remembering things that happened recently or names of common objects, as well as finding the right words when talking or writing, but over time symptoms worsen. You might forget how to brush your teeth or hair.

Symptoms of anxiousness, aggression or having a tendency to wander away from home can be observed as the condition progresses, which can cause great stress for family members as they navigate how to care for their loved one with Alzheimer’s.

Alzheimer's disease usually begins after age 60, but some can have an even earlier onset of the disease. The risk increases as you get older. Your risk is also higher if a family member has had the disease.

Currently no treatment can stop the disease. However, some drugs may help keep symptoms from getting worse for a period of time.

Dementia is an umbrella term given to a set of symptoms like memory loss or other cognitive deficits that impair a person’s ability to carry out daily activities.

Alzheimer’s disease is one cause or type of dementia.

While it’s the most common form of dementia, there are a variety of other conditions and health problems that can cause dementia symptoms. Those include strokes, Parkinson’s disease and even vitamin deficiencies.

Mild cognitive impairment is a term used to describe the early stages of memory loss or decline in other cognitive functions. Oftentimes, but not always, this is a precursor to Alzheimer’s disease or dementia.

We’re actively studying MCI to identify it earlier, thus allowing for more effective treatments, and how to better predict further cognitive loss with its diagnosis.

If you or a loved one are suffering from Alzheimer’s disease, The Ohio State University Wexner Medical Center is an ideal partner in that care because of our longstanding tradition of being at the forefront of memory disorder treatments and research.

Strengths that distinguish us include: