Driving impairment develops and worsens as Alzheimer's Disease (AD) progresses. It would be useful in the office setting to be able to predict which AD patients should not be driving. Typical cognitive disturbances seen in AD that might effect driving performance includes: visuospatial skills, visual attention abilities, judgment, planning skills, and the ability to perform complex tasks. Previous studies correlating on-the-road driving performance with cognitive measures have shown that the ability to do visual search tasks and visual tracking tasks, correlate best with driving performance. Most other standard neuropsychological tests have not correlated well. A diagnosis of mild AD by itself has also not been an adequate predictor of driving abilities. Unfortunately, most of those tasks that have shown good predictive value, require specialized equipment, special forms, or are burdensome to grade and administer in an office setting.

We investigated easy to administer measures of visual attention, visuospatial abilities, and executive function, in the office setting, to predict on-the-road driving performance in individuals with mild AD.

Prospective investigation of 18 consecutively referred subjects with mild probable AD who were still driving. This was a cross-sectional and limited longitudinal study with correlation analysis. A few patients were re-tested after one year for a total of 21 evaluations.

Patients were given the following tests:

Patients were scored on a 4 point scale (independent without difficulty=4, required cues=3, performed task with difficulty=2, unable to complete=1) for each of the following items:

The 4-Turn test does not require any specialized equipment or scoring forms. 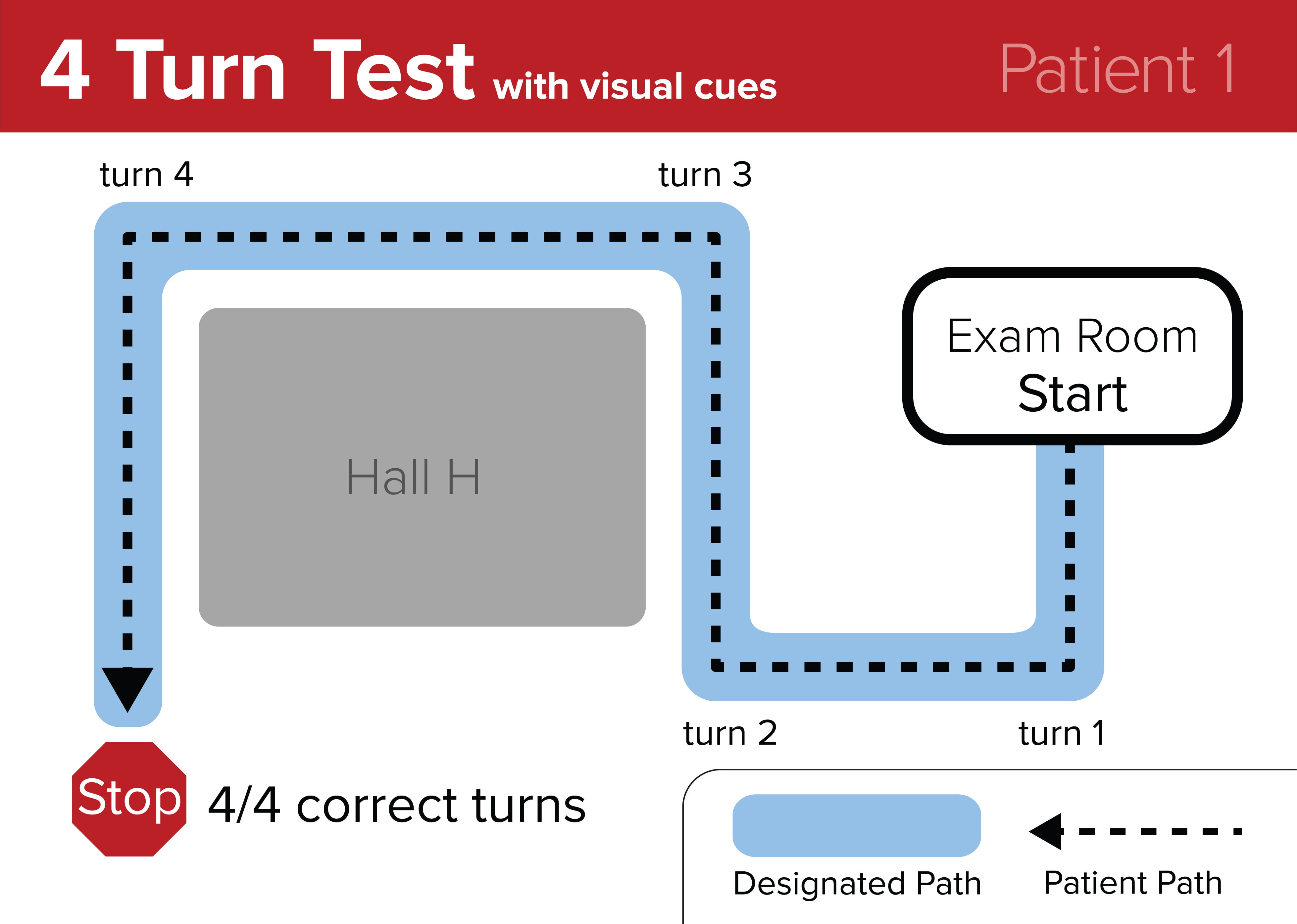 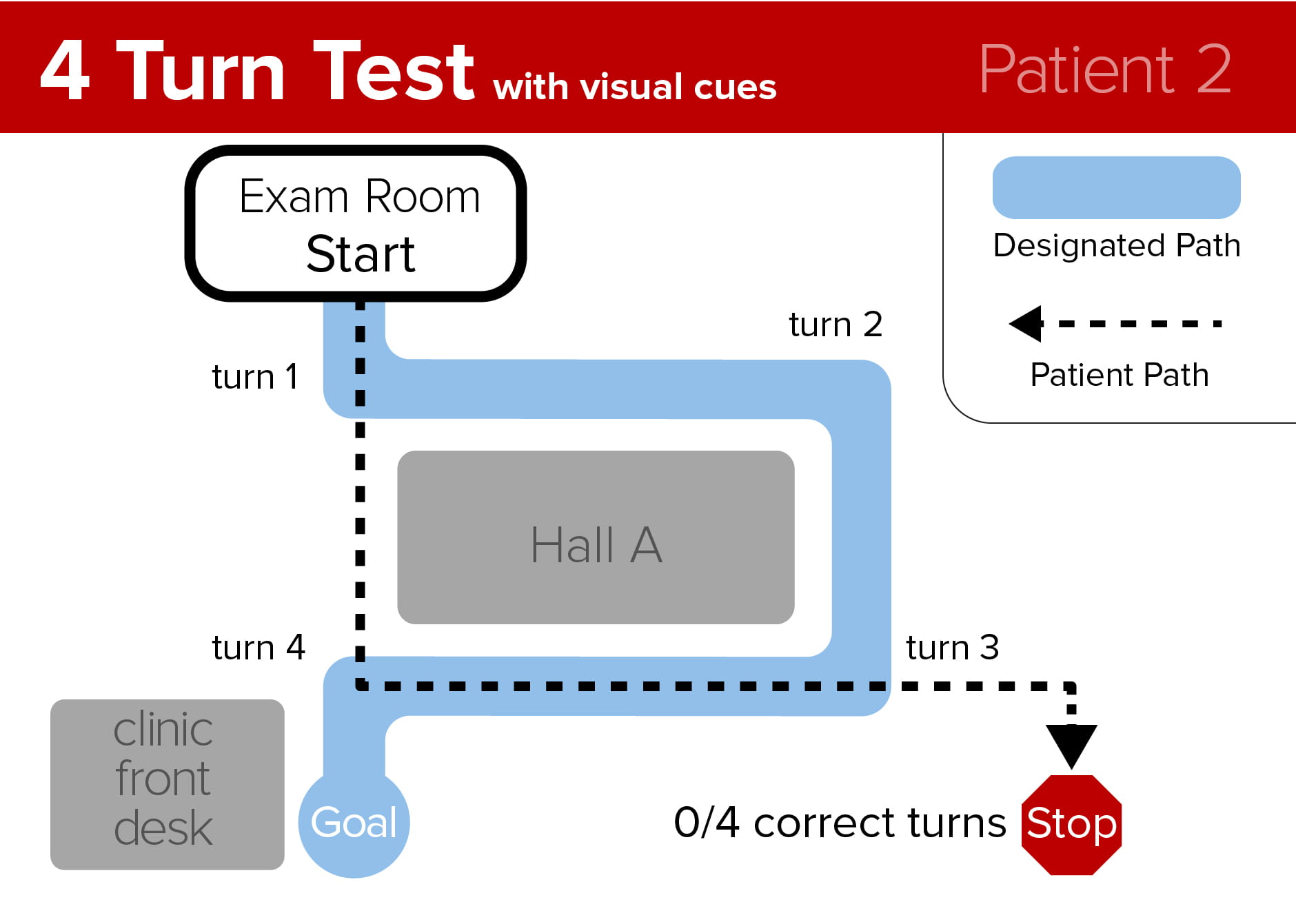 We found significant correlations between the total driving score and 4 of the cognitive tests:

The 4-Turn test was the only one of the above tests that could be easily admnistered and scored in the office setting without specialized equipment or special forms. We found that: