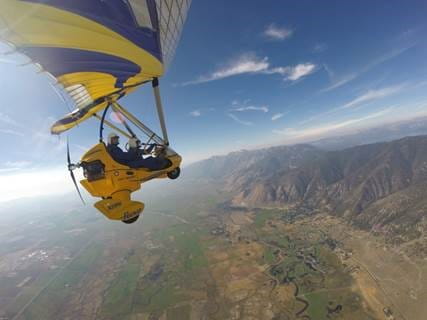 In October 2005, Peter Nowell sustained a spinal cord injury after being in a motorcycle crash, which landed him at The Ohio State University Wexner Medical Center Intensive Care Unit (ICU). After a week in the ICU and six weeks at Dodd Rehabilitation Hospital, Peter was discharged and the reality of how much his injury would change his day-to-day life sunk in.

Peter wanted to return to the workforce after his injury and became a consultant. After 10 years, he realized this was not the right path for him. The job kept him occupied, but he wanted to give back to the community.

He returned to one of the monthly peer group meetings held at Dodd Rehabilitation Hospital and asked about mentoring, which he found out they did not have much of at that time. Peter was determined to make something happen, and about three years ago, he started mentoring for the Dodd SCI Peer Support Group.

Peter has learned a lot working with the support group, and has seen many others getting involved and benefiting from the program. Everyone’s injuries and their bodies are unique, and no two stories are the same; Peter enjoys learning from his peers’ stories.

“It is rewarding to see people becoming mentors, especially those who I was a mentor to in the past,” Peter says about his experience with the support group. “I get as much out of it as the mentees do.”

Since his injury, Peter has been able to partake in activities like hang-gliding, riding a three-wheeled motorcycle, using a ski-bike, kayaking and riding a high-speed scooter alongside his wife as she runs. He and his wife love to travel as well. They have visited the Grand Canyon, Yellowstone, Zion and other national parks, and plan to continue doing so in the future.

Peter has always liked new experiences. With his interest in flying, and having had a private pilot’s license, hang-gliding seemed like the perfect vacation activity. He and his wife flew as high as 10,000 feet.

He uses his experiences to inspire his mentees because he understands it can be difficult for outdoorsy people who have been injured doing what they love to find new hobbies when these things are no longer possible. Peter wants them to know there is life after their injury.