Comprehensive care for the treatment of Tourette syndrome and tic disorders.

Tics may be preceded by an urge to do a movement or vocalization, followed by a sense of relief afterwards. Tics are called “involuntary,” meaning that you can often suppress them, but it causes tremendous stress and discomfort to do so.

Tics can be more complex, such as touching objects or other people, hopping or twirling, or saying words or phrases. Tics sometimes involve saying obscene words, or even result in self-harm such as a tic of hitting oneself or doing severe neck jerks.

Tourette syndrome often occurs with other problems, such as:

The cause of Tourette syndrome is unknown. We do know that tics tend to run in families, and we know of two genes that can cause Tourette syndrome in a minority of cases. Tics are more common in boys than girls. In Tourette syndrome, tics usually start in childhood and may be worst in the early teens. Many people eventually outgrow them.

No treatment is needed unless the tics interfere with everyday life. Excitement or worry can make tics worse. Medicines can reduce tics. Behavioral therapy, in which patients are taught by psychologists to manage the tics by changing certain behaviors, may help.

We provide tailored rehabilitation for people living with movement disorders.

To make a diagnosis of Tourette syndrome, we will verify that you have both motor and vocal tics for at least one year. Our movement disorders specialist also may ask about other neurological or psychiatric conditions such as OCD or ADHD.

No laboratory or imaging studies are necessary for diagnosis, as these are typically normal if you have Tourette syndrome. However, we may order certain blood tests or neuroimaging studies, such as magnetic resonance imaging (MRI) or computerized tomography (CT), to rule out other conditions that cause tics besides Tourette syndrome.

Our physicians may do this if your symptoms or history of tics are not typical of Tourette (e.g., onset of symptoms in adulthood, abnormal findings on your neurological exam). We would look for other causes of tics, such as reaction to certain medications, infection or brain injury.

Why choose Ohio State for treatment of Tourette syndrome and tic disorders?

Comprehensive Care: We diagnose, manage and treat tics and Tourette syndrome through our Tic and Obsessive Compulsive Disorders Program. This center offers medical, behavioral and surgical therapies to patients with these disorders. Our team at the Center for Neuromodulation can provide surgical care for patients with Tourette syndrome.

Multidisciplinary Team: Our experts include: 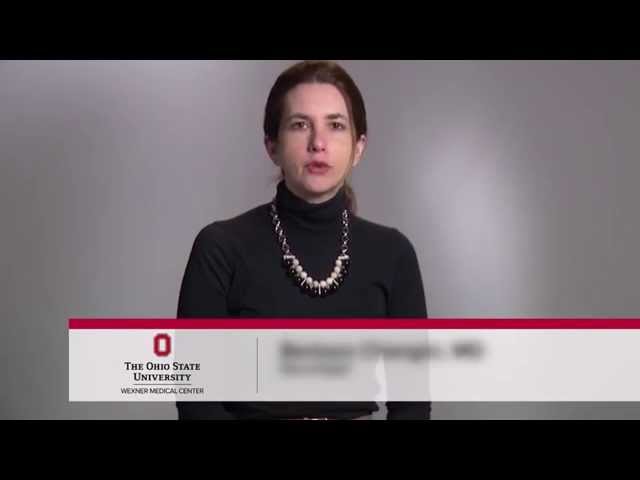 Our participation in national and international clinical trials for movement disorders provides you with access to the latest options in medications and treatments, often long before they come to market. The Tic and Obsessive Compulsive Disorders Program is involved in clinical research for both medical and surgical therapies.

Please bring your medical records from all prior neurology visits, along with reports from brain and spine imaging such as MRIs and CT scans. Bring a list of your medications, including the dose of the pills and how many pills you take throughout the day. Please also try to obtain records of prior medications you have taken to treat the tics and write down what happened when you took these. Also bring results of any genetic testing you have had done.