Eosinophilic esophagitis, a once rare condition, is defined by an inflamed esophagus and difficulty swallowing food.

When you come to The Ohio State University Wexner Medical Center, we’ll listen to your needs, diagnose what’s wrong and work with you to select a treatment plan to improve your life. This is especially important for people who may be experiencing a condition that can be confused with another — like eosinophilic esophagitis, also known as EoE. 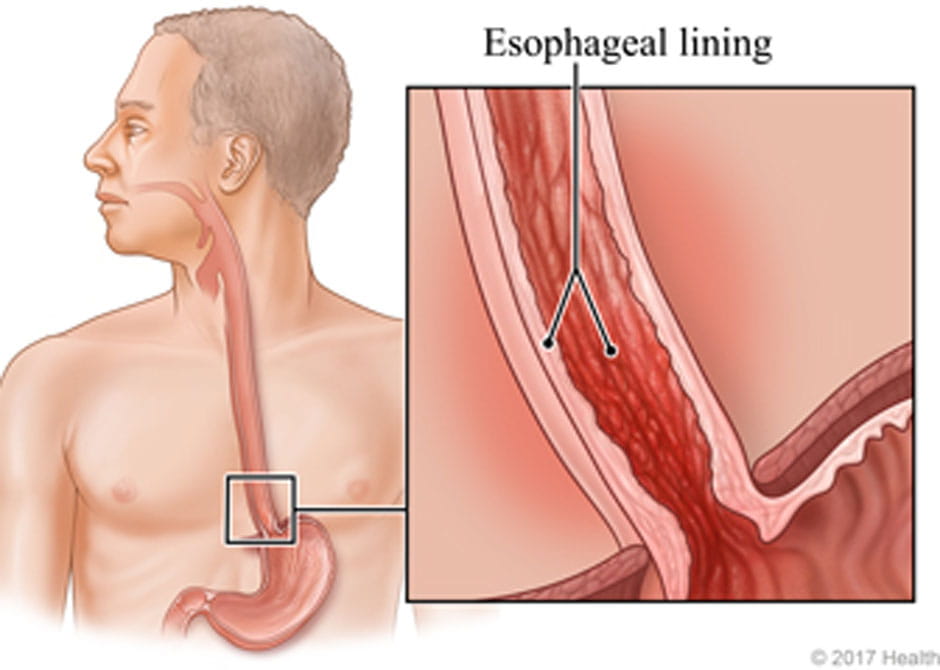 People who are experiencing trouble swallowing or chest pain but don’t get better with acid reflux medication should turn to the experts at the Ohio State Wexner Medical Center for a definitive diagnosis and customized treatment plan for what could be eosinophilic esophagitis. Our experts, in both allergy and digestive conditions, collaborate to walk you through:

And if your needs are more advanced, we can handle that, too. Severe cases of eosinophilic esophagitis can be aided by esophageal dilation, which stretches the esophagus. Remember, you’ll have direct access to medical expertise from across the Ohio State Wexner Medical Center, including our world-renowned cancer experts at The Ohio State University Comprehensive Cancer Center – Arthur G. James Cancer Hospital and Richard J. Solove Research Institute.

What is eosinophilic esophagitis (EoE)?

Eosinophilic esophagitis is chronic inflammation of the esophagus — the muscular tube that connects your throat to your stomach.

It's an inflammatory condition in which certain white blood cells in the throat accumulate and make it hard to swallow. This condition’s symptoms are identical to gastro-esophageal reflux disease (GERD), also known as acid reflux. However, acid reflux medication won’t help someone who has EoE.

Eosinophils are a type of white blood cell that helps fight off infections and play a role in your body’s immune response. In the case of eosinophilic esophagitis, the eosinophils build up and cause inflammation. In severe cases, the esophagus is nearly swollen shut.

Normally your blood doesn’t contain many eosinophils. Your body may produce more of them in response to an allergic reaction. Patients suffering from eosinophilic esophagitis may be eating food that’s causing the eosinophils to go to the esophagus without knowing it. Over time they develop enough inflammation that they start to exhibit symptoms.

People who have environmental allergies, asthma, eczema or atopic dermatitis are more likely to also have EoE. 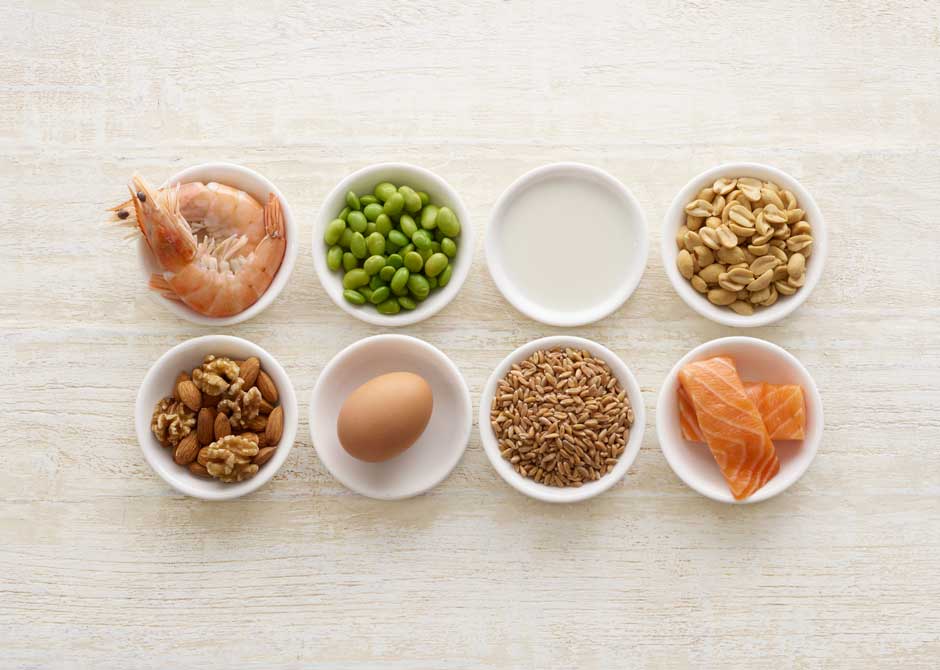 Eosinophilic esophagitis may be linked to allergens in the air and conditions like asthma. Environmental allergens such as dust mites, pollen, mold and animals could also play a role. This is something physicians and researchers at The Ohio State University are studying.

The symptoms of eosinophilic esophagitis are identical to acid reflux. They include:

Food stuck in your throat that won’t go down with water is a medical emergency and should be treated as such.

How is eosinophilic esophagitis diagnosed?

Because EoE is a complex disorder with symptoms that mirror acid reflux, it’s extremely important to get an accurate diagnosis. Gastroenterologists and allergists here at the Ohio State Wexner Medical Center will work together to do this.

An upper endoscopy is needed to confirm a diagnosis.

An upper endoscopy is a test where the doctor passes a flexible tube through the mouth into the esophagus and down into the stomach. Patients are sedated for this procedure so it isn’t uncomfortable.

During the endoscopy, the doctor takes small pieces of tissue that are looked at under the microscope for an increased number of eosinophils, a type of white blood cell that indicates inflammation.

Additional tests may be used to assess the effect of the disease on the function of your esophagus. These include: 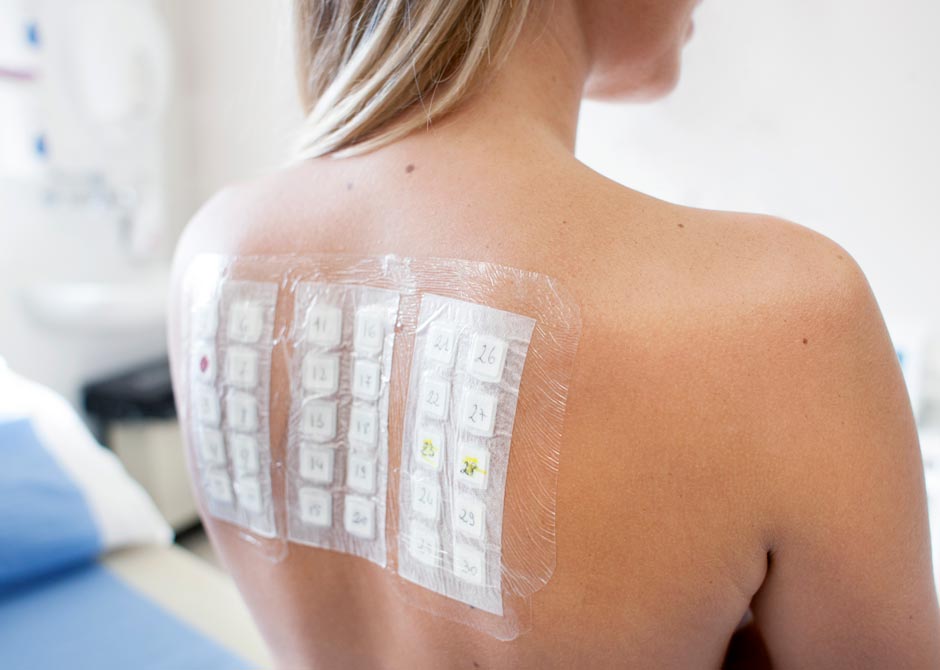 Treating eosinophilic esophagitis requires collaboration between your allergist, a gastroenterologist and other specialists. Such collaboration of care is a hallmark benefit of seeking care at the Ohio State Wexner Medical Center.

Treatment is personalized and often involves a combination of therapies and novel techniques that look not only at the eosinophils but also the function of the esophagus to provide an all-around view of the disease.

Your team may suggest food allergy testing to provide recommendations for dietary changes, which can ease inflammation and symptoms.

While no specific medication can cure EoE, certain acid reducers and proton pump inhibitors can help reduce the redness and swelling in your esophagus.

In severe cases, your doctor may recommend a procedure performed by a gastroenterologist to stretch or dilate your esophagus if it has narrowed.

Here at the Ohio State Wexner Medical Center, we have a formal partnership between our digestive program and allergists to provide care for people with eosinophilic esophagitis that isn’t available at most other medical centers.

While these disciplines and other specialists, like nutritionists, pathologists and ear, nose and throat doctors, have collaborated for years in the diagnosis and treatment of this condition, more recently they began a monthly conference to discuss these complex cases more in-depth and coordinate care in real time.

This also allows all providers involved to present information on the newest testing and therapeutics from each field, which improves our knowledge bases and ensures we are providing the most up-to-date, personalized care. 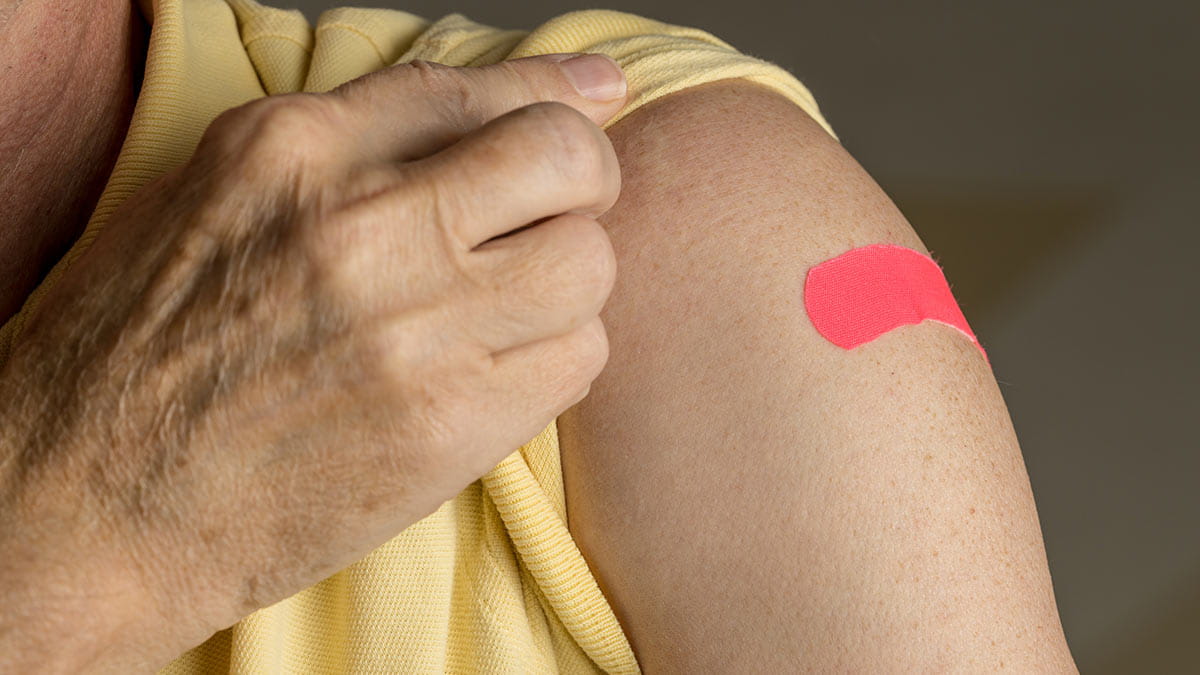 How early is too early to get a flu shot?

The flu vaccine is available earlier and earlier, but the question remains – how early is too early? 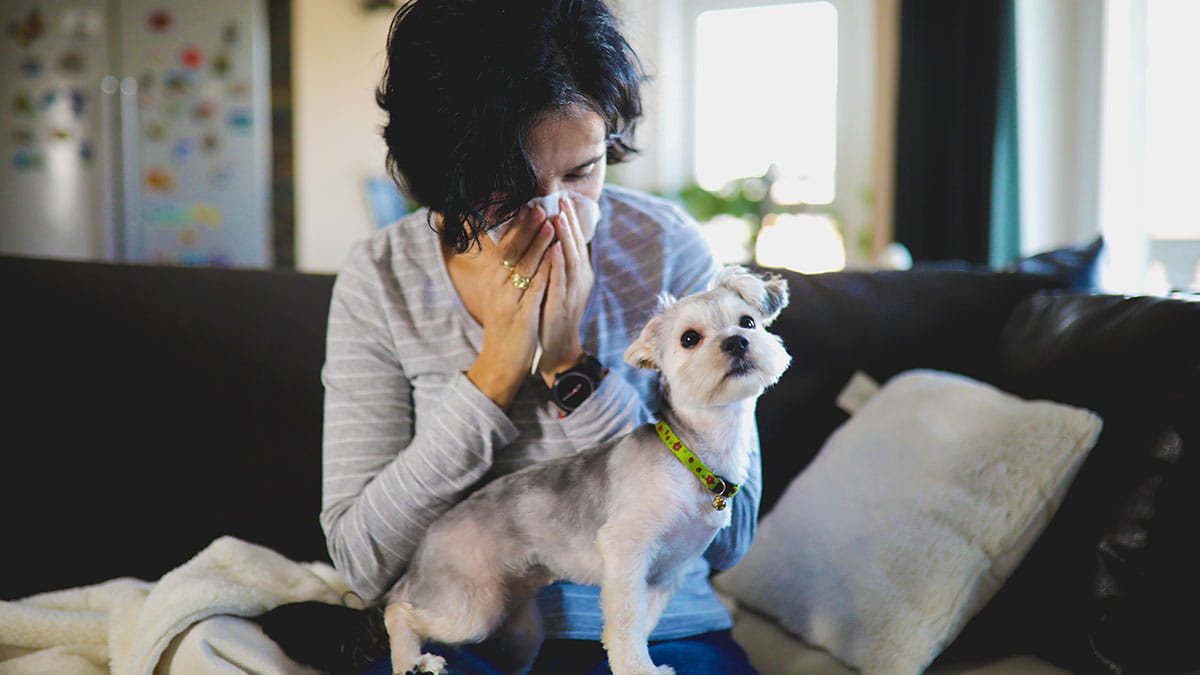 Common allergy symptoms could also be a sign of another illness but there are five things you can do to help figure out what's making you sick. 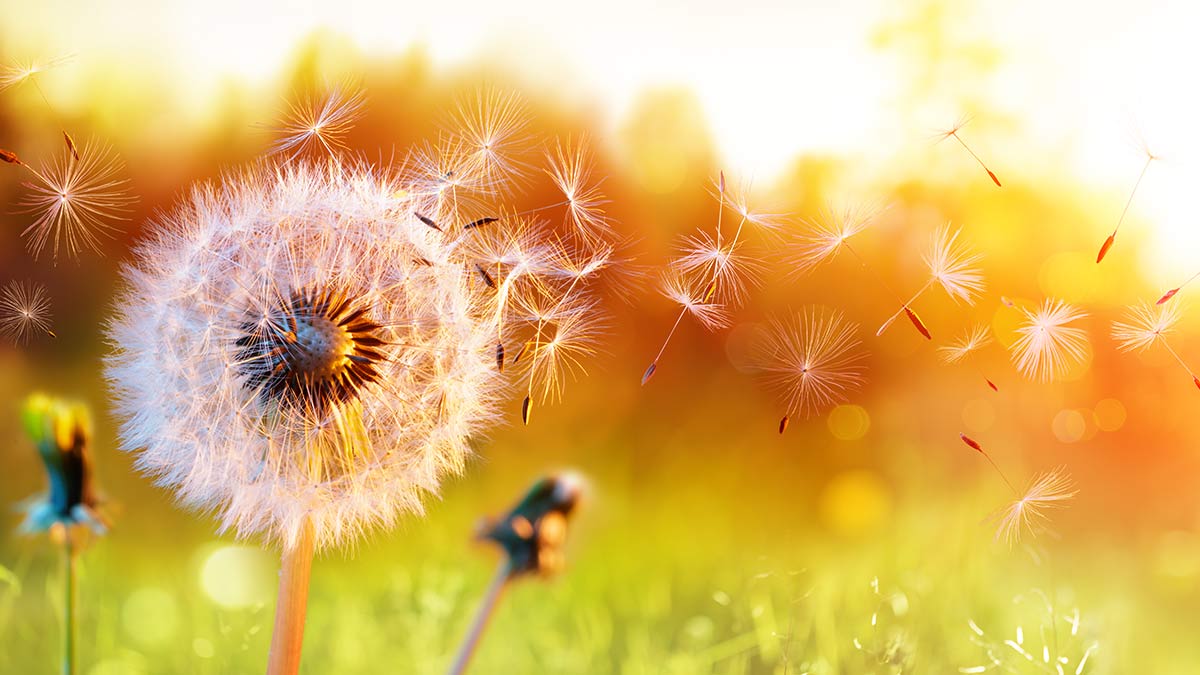 Are allergies linked to anxiety and depression? 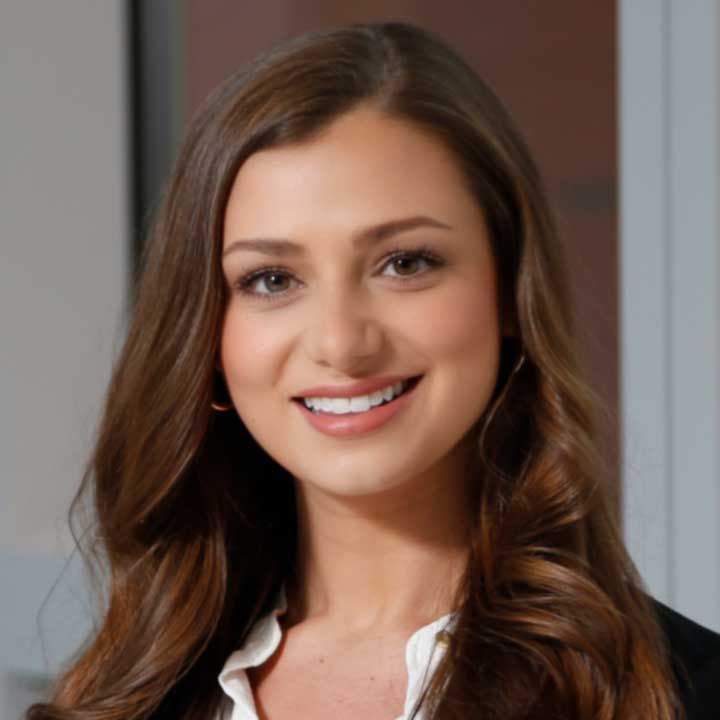 Schedule with MyChart Request an appointment