Ohio State is the leader in treating the most complex strokes and cerebrovascular diseases. 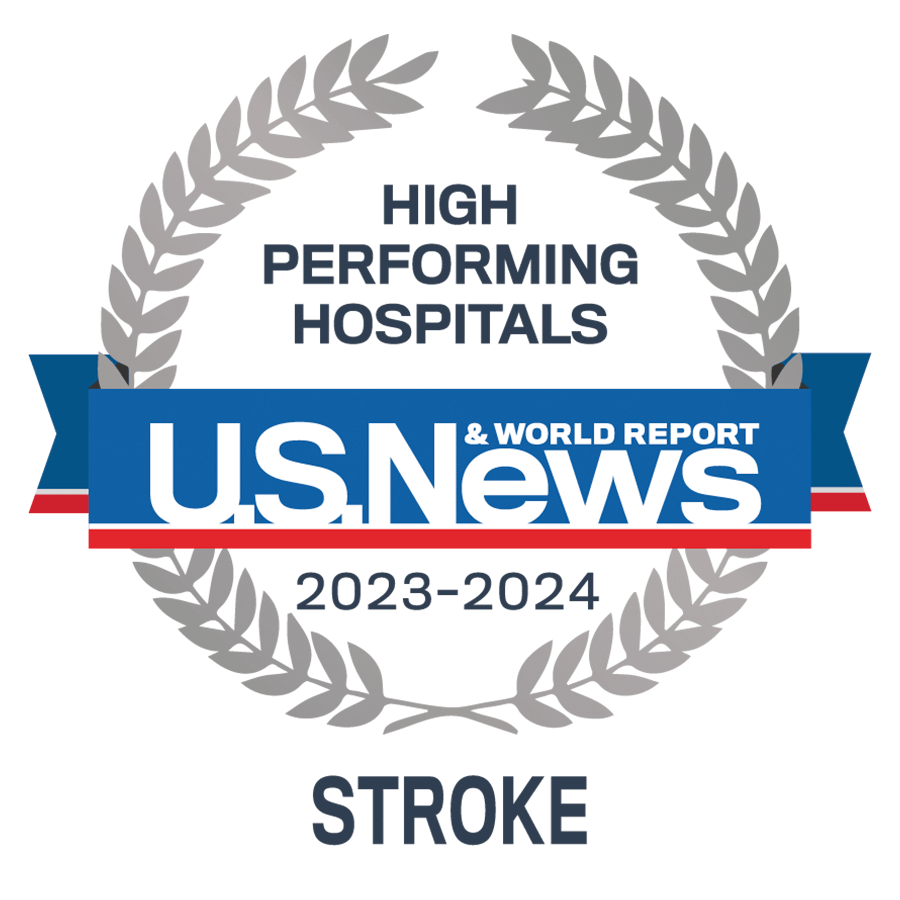 Every stroke is different. Which is why our care is never routine. When a stroke hits, where you go for treatment matters. At Ohio State’s Comprehensive Stroke Center, our physicians, nurses and researchers are at the forefront of stroke care, developing and delivering the most advanced and innovative techniques. From first-in-the-nation clinical trials, to revolutionary rehabilitation strategies, our teams are dedicated to providing safe and effective stroke care.


Stroke is an emergency. BE FAST. 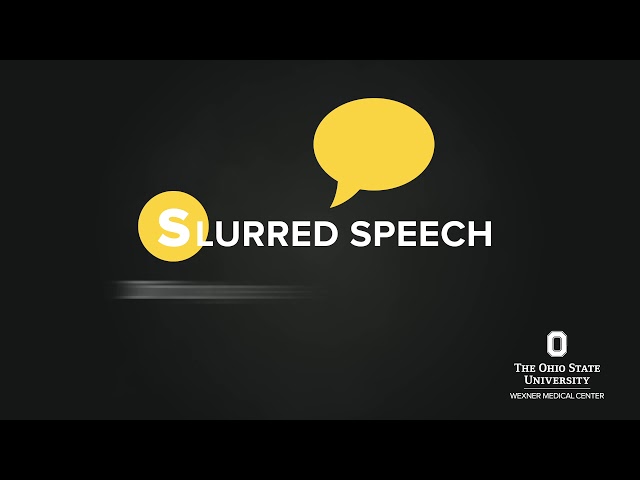 From the moment you enter our emergency department, you will be cared for by people specially trained in stroke care. We are the only center in central Ohio that utilizes dual-trained endovascular neurosurgeons for clot removal and treatment for aneurysms. Our stroke neurologists oversee your care from diagnosis through treatment, and we provide follow-up care with stroke rehabilitation at our outpatient stroke clinic.

We are skilled at treating the most complex strokes and cerebrovascular diseases. We are one of only nine Ohio hospitals that have achieved the elite status of Comprehensive Stroke Center from The Joint Commission, and are one of the first stroke centers across the United States to have received this recognition.

In 2019, we were recognized with The American Heart Association/American Stroke Association’s Get With The Guidelines Stroke Gold Plus and Target: StrokeSM Honor Roll Elite Plus award. The award recognizes our commitment to providing the most appropriate stroke treatment according to nationally recognized, research-based guidelines based on the latest scientific evidence.

What is a stroke?

A stroke is a medical emergency. Strokes happen when blood flow to your brain stops. Within minutes, brain cells begin to die. There are two kinds of stroke. The more common kind, called ischemic stroke, is caused by a blood clot that blocks or plugs a blood vessel in the brain. The other kind, called hemorrhagic stroke, is caused by a blood vessel that breaks and bleeds into the brain. "Mini-strokes," or transient ischemic attacks (TIAs), occur when the blood supply to the brain is briefly interrupted.

If you have any of these symptoms, you must get to a hospital quickly to begin treatment. Acute stroke therapies try to stop a stroke while it is happening by quickly dissolving the blood clot or by stopping the bleeding. Post-stroke rehabilitation helps individuals overcome disabilities that result from stroke damage. Drug therapy with blood thinners is the most common treatment for stroke.

Ohio State has a stroke team in-house around-the-clock to assess people for stroke the moment they arrive in the emergency department. A stroke alert is called by paramedics while the patient is being transported to our hospital, so we are ready to evaluate you and get an immediate computed tomography (CT) scan upon your arrival. This CT scan helps us see bleeding in the brain or damage to the brain cells from a stroke.

Other diagnostic tests we use to verify a stroke include:

Ohio State is the only medical center in central Ohio to provide immediate bedside care around the clock by a stroke neurologist for any patient suspected of having a stroke. This attention speeds the treatment process and provides the best possible opportunity to save brain tissue. And our entire stroke team, including stroke neurologists and neurosurgeons, imaging specialists and technicians, is available within moments.

We have physicians trained in both radiology and neurosurgery who work in a uniquely designed operating room equipped with X-ray capabilities. By viewing X-rays and providing surgical care in the same room, our physicians save time in moving you from doctor to doctor or room to room.

We are leaders in developing and administering the most current therapeutic options, including human/machine interfaces that drive the brain’s recovery and restructuring. We offer you a range of specialized support services unparalleled in central Ohio to help you maximize your ability to function safely and independently at home and to participate in your community.

Ohio State is the hub for the Telestroke Network, which delivers Ohio State’s critical stroke expertise into 27 hospitals in rural areas of Ohio. If you were taken to one of those emergency departments with stroke symptoms, experts would be mobilized both there and at Ohio State through a “stroke alert.” Through video technology that directly links our stroke specialists to the community hospital, we interview you, view your test results and vital signs and prescribe intravenous clot-buster medications to be given to you within minutes. Then our doctors work together with your hospital to determine the next best step is for your treatment. Should you require an advanced level of care, a transfer to Ohio State’s Stroke Center is arranged. Ohio State’s stroke team physicians are available around the clock for this service.

The goals of the Telestroke Network are to: 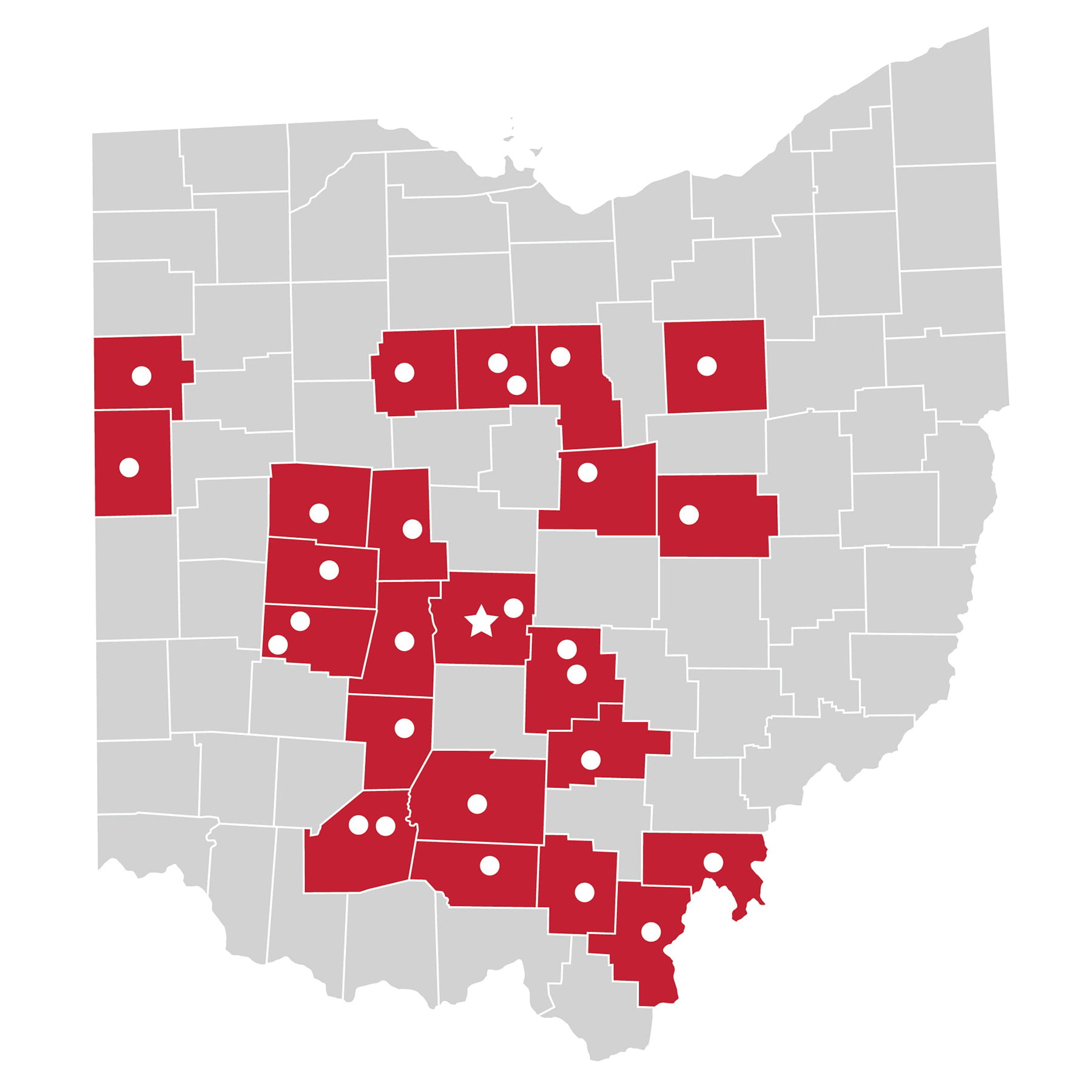 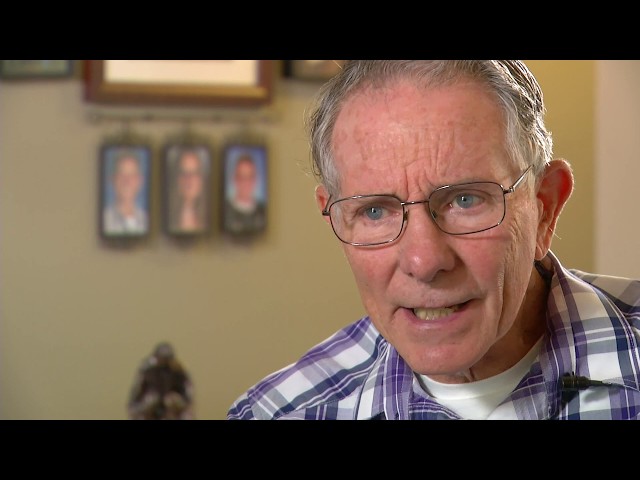 Jim Sayer was 100 miles away from Columbus when he had a stroke. Fortunately, his local hospital, Blanchard Valley Hospital, is part of the Ohio State Telestroke Network, which delivers Ohio State’s critical stroke expertise into more than 25 hospitals in Ohio.

Experts from The Ohio State University Wexner Medical Center and Blanchard Valley Hospital, part of the Ohio State Telestroke Network, discuss how the community benefits from this partnership.

Coming back strong after a stroke

Coming back strong after a stroke 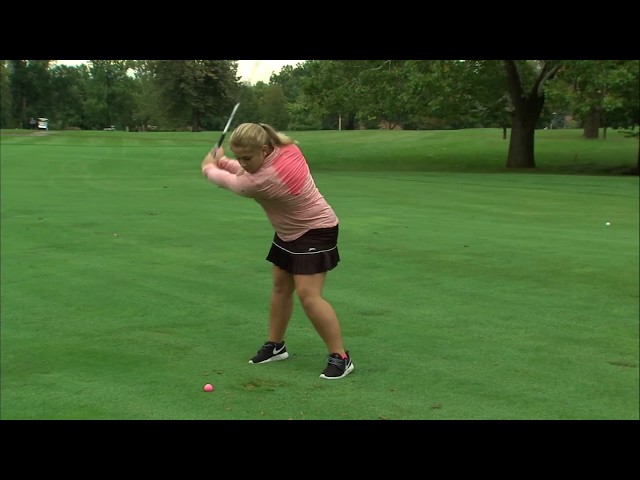 Eva and her family tell her story about how her grandfather recognized the warning signs of a stroke.
Getting her life back after stroke

Getting her life back after stroke 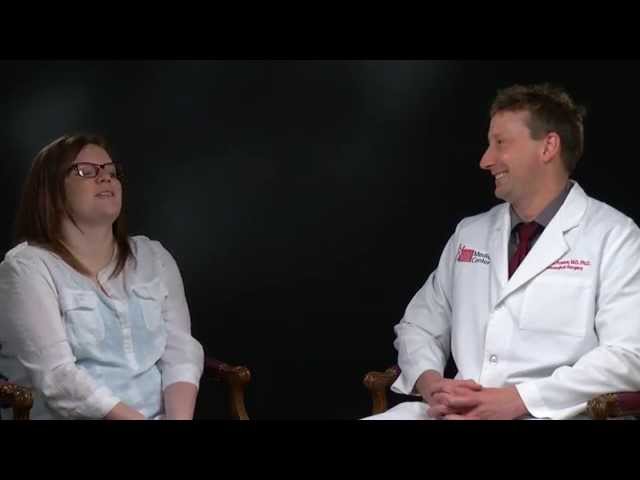 Olivia and her physician, Dr. Ciaran Powers, share the story of the day she was rushed to Ohio State's Wexner Medical Center.
When stroke strikes, others’ observations matter

When stroke strikes, others’ observations matter

Ohio State’s stroke program is improving health care by developing the next breakthroughs in stroke prevention, diagnosis and care.

We are one of only 10 stroke centers in the country selected by the National Institutes of Health to be part of both its Neurological Emergencies Treatment Trials (NETT) network to improve emergency care for severe injuries and illnesses of the brain, spinal cord and nervous system, and its StrokeNet, an elite network of 25 regional stroke centers conducting clinical trials on stroke prevention, treatment and recovery.

In addition, we are a member of the NIH’s NeuroNEXT: Network for Excellence in Neuroscience Clinical Trials. This collaboration results in more promising treatments, more rapidly, to provide patients like you more hope for stroke prevention and treatment.

Our current studies include:

When you are visiting our Stroke Clinic for the first time, please bring any medical records from previous hospitalizations, clinic visits or specialist consults. We also request that you bring a CD of imaging studies, including X-rays, MRIs or CTs of the brain.

It is helpful to know you are not alone. This support group is intended for patients and/or loved ones who want to learn more about aspects of recovery, discuss feelings, learn coping skills and support others. Email marissa.dejesus@osumc.edu or call 614-293-8714 to be added to the mailing list for newsletters and upcoming meeting topics.

Are you at risk for stroke?

Are you a smoker?

Do you get enough exercise? For adults, the CDC recommends 2 1/2 hours of moderate activity every week, combined with muscle-strengthening activities on two or more days each week.

Do you have diabetes?

Has anyone in your family had a stroke?

What is your blood pressure?

If you’re concerned about your stroke risk, talk to your primary care provider today about ways you can best maintain a healthy lifestyle that reduces your risk. If you think you might be experiencing stroke warning signs, call 911. It’s important to get to a hospital immediately if stroke is a possibility.

Your results are ready!

To see your quiz results, please provide us with a little more information about yourself.

Your risk factors suggest that your risk of a stroke is high. If you’re concerned about your stroke risk, talk to your primary care provider today about ways you can best maintain a healthy lifestyle that reduces your risk. If you think you might be experiencing stroke warning signs, call 911. It’s important to get to a hospital immediately if stroke is a possibility.

You are considered low-risk for stroke. You're doing very well at controlling your stroke risk.

If you’re still concerned about your stroke risk, talk to your primary care provider today about ways you can best maintain a healthy lifestyle that reduces your risk. If you think you might be experiencing stroke warning signs, call 911. It’s important to get to a hospital immediately if stroke is a possibility.

This is a good start. Continue to work on reducing your stroke risk.

If you’re concerned about your stroke risk, talk to your primary care provider today about ways you can best maintain a healthy lifestyle that reduces your risk. If you think you might be experiencing stroke warning signs, call 911. It’s important to get to a hospital immediately if stroke is a possibility.